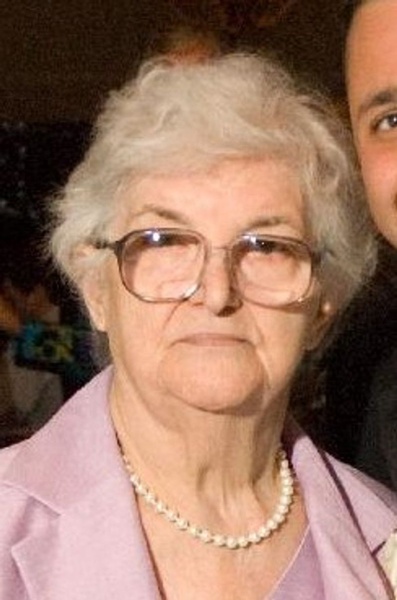 Anastasia (Maltezos) Vlahopoulos, 101, died Wednesday, June 1, 2022, at the Good Samaritan Medical Center in Brockton, after a period of declining health. Born in Gargalianoi, Messenia, Peloponnese, Greece, she was raised and educated in Athens, Greece. In 1945, she married John P. Vlahopoulos in Athens, and together they shared over 48 years of marriage, until his death in 1993. As a young woman, she worked as a Dressmaker and Teacher at the Ore Dressmaking School in Athens, a career she enjoyed for many years. In 1975, along with her husband, emigrated to Boston and settled in Dorchester. She continued her work as a seamstress and worked designing and fabricating uniforms for the staff at Anthony's Pier 4 Restaurant in Boston for several years, until her retirement at age 65. In 1985, she moved to Canton with her family. A longtime member of the Annunciation Greek Orthodox Church in Brockton, in her free time, she enjoyed gardening, sewing, reading Greek Newspapers and spending time with her beloved family.

A Visiting Hour will be held in the Annunciation Greek Orthodox Church, 457 Oak St., Brockton, on Tuesday, June 7, 2022 from 10-11 AM followed by a Funeral Service at 11 AM. Interment will take place at Evergreen Cemetery, Stoughton. Arrangements by Farley Funeral Home, Stoughton.
To order memorial trees or send flowers to the family in memory of Anastasia (Maltezos) Vlahopoulos, please visit our flower store.