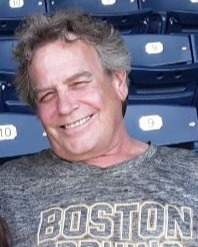 Andrew "Andy" Paul Baker, age 62, passed away peacefully at UMASS Medical Center in Worcester, surrounded by loved ones, on August 30, 2022, after experiencing an unexpected heart attack. Born in Worcester, he was the son of the late Cecile R.  (Paquette) and Stephen H. Baker. He as a graduate of Auburn High School, Class of 1978. He was an Automotive Technician for many years. Andy was a diehard sports fan for any and all Boston sports teams, and throughout his younger years in the 1980's, had many broken TV remotes whenever they would lose a game! He had a sense of humor that would make anyone around him laugh, and to be in his company was truly special. He had a kind and strong heart for those who were close to him, and he gave a selfless gift of tissue donation to those in need through New England Donor Services, at the time of his passing. He was especially close to a small group of friends who were near and dear to his heart.

He was the brother to Stephen P. Baker and his wife Sharon Dombeck of Conway, MA, James Baker and his wife Deborah of Groton, MA, Thomas Baker and his wife Lauren of Durham, North Carolina, Patricia Baker and her late husband Randy Olthof of Elmira, New York, Matthew Baker of Worcester and Pamela Baker of Holbrook. In addition to his siblings, he also leaves behind his ex-spouse and dear, longtime friend since the age of 16, Sandy (Turner) Baker. He is survived by many nieces and nephews. Andy is also survived by many close and loving friends. He will be truly missed by those who had the honor of knowing him and his sense of humor in this life.

A celebration of Andy's life will be held at a later date to be determined. In lieu of flowers, donations in his memory may be made to the Jimmy Fund, 10 Brookline Pl, Brookline, MA 02445, or directly through the charity link below.

To order memorial trees or send flowers to the family in memory of Andrew "Andy" Paul Baker, please visit our flower store.