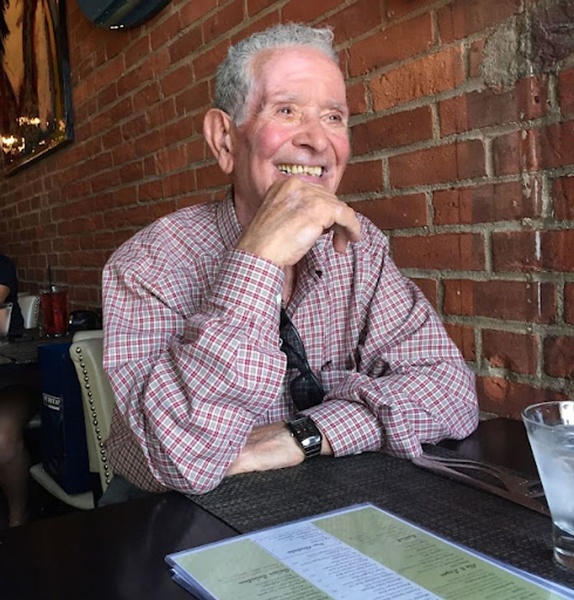 Anthony F. Fulciniti, 90, died Sunday Morning, October 3, 2021, at the MaristHill Nursing and Rehabilitation Center in Waltham, after a period of failing health. He was the beloved husband of 66 years of Marian A. (Ferzoco) Fulciniti. Anthony was a soft-spoken, kind man and a true gentleman personified. Born in Olivadi, Italy, son of the late Arnaldo and Clementina Fulciniti, he was raised and educated in Olivadi, before moving to the US at age 17 and settling in Hyde Park. He served in the US Air Force and was a proud veteran of the Korean War. His love of Italy, the old country, was only matched by his pride in becoming a US Citizen in 1953 - his citizenship papers framed and always hanging on the wall in his home. With his ever present strength and perseverance, Anthony lived the American dream.

Anthony was a resident of Hyannis for the past 30 years and previously lived for many years in Westwood, Milton and Stoughton. He worked as a Manager at Howard Johnson's Meat Commissary in Quincy for over 20 years and later worked as a GM at Coldwater Seafood in Everett. After his retirement, he moved to Hyannis full time and also found so much joy spending his winters in Florida. But with an unmatched work ethic he returned to applying his master meat cutting skills at the custom cuts counter at Roche Brothers in Mashpee. He had a "fan base" of customers and truly loved mentoring many of the younger workers, officially retiring at 82.

Anthony was a skilled handyman and an avid gardener, cultivating a vegetable garden every year and lovingly tending to his flowers and his yard. He was a skilled card player and a music lover who boasted an extensive music collection. He enjoyed spending time with his beloved family and his granddaughters. Anthony's giving spirit and strong grounding presence endeared him over his lifetime to many family friends and neighbors. In his years of failing health he was always grateful for the support from many, including his family, friends, neighbors, and caregivers on Cape Cod and later the loving staff at Maristhill Nursing Home.

But, above all was Anthony's love of Marian. It was instant upon seeing her on the tennis court. His pursuit, second to none. He said "in order for me to meet her I went up to Father Donovan, the priest in charge, and I asked him if I could join the bowling league and he said to be there the following week.. I told him I would accept under one condition - that he would assign me to the team where Marian Ferzoco was." The rest is history. Their loving example of marriage was once commented on by their dear friend and neighbor, Father Dennis O'Brien who said "I'd often spoken of the love and commitment of marriage but never been a witness to it until I became friends with Anthony and Marian."

Visiting Hours will be held in the Farley Funeral Home, 358 Park St. (Rt. 27) Stoughton on Friday morning, October 8, 2021, from 9-11 AM followed by a Funeral Mass at Immaculate Conception Church, Stoughton at 11:30 AM. Interment will follow at Milton Cemetery. Donations in Anthony's name may be made to Maristhill Nursing and Rehabilitation Center, 66 Newton St., Waltham, 02453 or at Ways to Give - Maristhill Nursing & Rehabilitation Center or Catholic Charities of Boston, 275 West Broadway, Boston, MA 02127 or at Donate | Catholic Charities (ccab.org)
To order memorial trees or send flowers to the family in memory of Anthony F. Fulciniti, please visit our flower store.