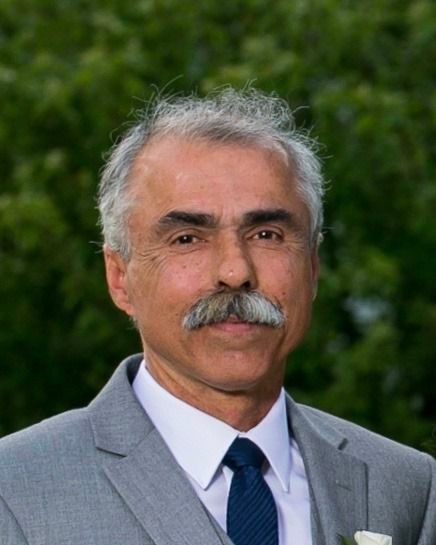 Antonio F. Vieira, 60, a longtime resident of Stoughton, died Saturday, September 29, 2018 at his home after a courageous battle with lung cancer. He was the husband of Annette (Rafalko) Vieira. Born in the town of Lages, on the island of Flores in the Azores, he moved to the US at age 10 and settled in Stoughton. He attended Stoughton Schools. Tony worked as the Shipping Supervisor for Draper Knitting Company for over 42 years. He also worked for Frank Lamparelli Oil Co. in Canton for over 17 years and retired from both jobs due to his illness. Tony was a soccer and hockey fan and was a proud season ticket holder of the New England Revolution for many years. He loved spending time with his family and enjoyed memories of their many family trips.

Tony was the father of Amy R. Vieira Finn and her husband Michael of Middleboro, Amanda V. Harvey and her husband Michael of Canton, Ashley M. Vieira and Angela C. Vieira both of Stoughton and the late Adam A. Vieira. He was the son of Maria Clara (Castelo) Vieira of Stoughton and the late Antonio Vieira. He was the brother of Maria L. Ferreira and Jose Vieira both of Stoughton and Goretti Rainer of Randolph. Antonio was the beloved Papa of Thomas, Sarah, Charles, William and Samuel Finn and Olive Harvey. He is also survived by several nieces and nephews.

Funeral will be held from the Farley Funeral Home, 358 Park St., (Rt. 27) Stoughton on Thursday, October 4 at 9 AM followed by a Funeral Mass at Immaculate Conception Church, at 10 AM. Visiting Hours Wednesday from 4-7 PM. Interment will take place at Holy Sepulchre Cemetery, Stoughton. As an expression of sympathy in lieu of flowers, contributions may be sent to the Antonio F. Vieira Fund at PO Box 93, Stoughton, MA, 02072 or at any HarborOne Bank.
To order memorial trees or send flowers to the family in memory of Antonio F. Vieira, please visit our flower store.
Send a Sympathy Card