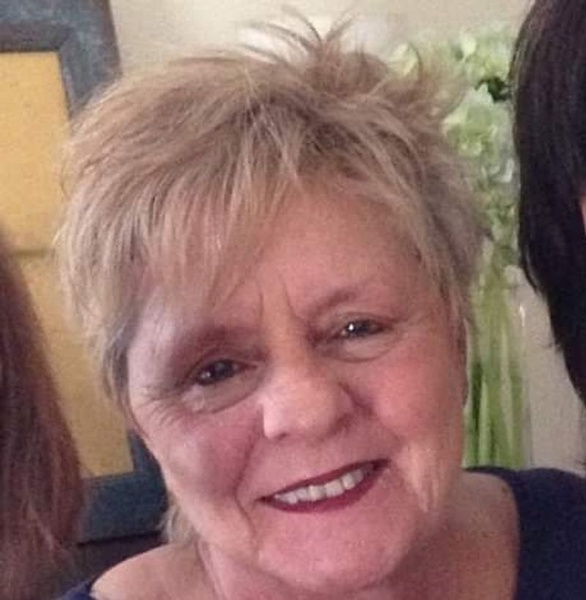 Barbara M. (Ruzanski) McCulloch, 62, died unexpectedly on the morning of March 1, 2021, at the Sturdy Memorial Hospital in Attleboro, after being stricken ill at her home in Mansfield. She was born in Boston to the late Frederick and Pauline (Carrazza) Ruzanski. She was raised and educated in Hyde Park and was a graduate of Hyde Park High School, Class of 1976. She was brought up in the big red house on Highland Street in Hyde Park, and the memories of her younger years will always remain in the core of that home. She cherished her upbringing, and was thankful to her parents for all that they provided their family during those trying times of living. She had a passion for horses at a young age, and had three that she took care of – Christopher Robin, Sundown and Chalk Chalk. Barbara also graduated from EMT School. She worked as an Emergency Medical Technician for Fallon Ambulance for several years and worked for many private ambulance companies, showcasing her knowledge of the work she loved and was so passionate about. During her years as an EMT, her skills shined through on a daily basis for those she was able to save. She often reflected on all of the time and effort that she had put her blood, sweat and tears into to get to that point. This truly made her appreciate life and her family. As a young lady, she worked at the Newton Wellesley Hospital for several years in the Operating Room taking care of next days' sterilization of the instruments. She was even recognized for her exemplary work by the doctors she worked under. Later, Barbara worked as a Driver's Ed Instructor for Driver's Choice Driving School. She was well known in the town of Mansfield and was a beloved driving instructor, making her a highly coveted and highly requested instructor. She would always go out of her way to stop at Dunkin' Donuts for the kids she was teaching, and had many laughs as she grew a bond in such a short period of time with whomever she was teaching that day.

She was a resident of Montvale Ave. in Roslindale for several years and enjoyed taking care of the home. She went on to move to Willow Street in Mansfield, and called Mansfield home for 25+ years. Barbara always had a seat for anyone of her kid's friends, and would be the person they could vent to if they were having a tough day. The door was always open on Willow Street, and so was her heart. Most of the kids knew Barb, as "Barbwiah" and would come over to have her famous sauce and meatballs that were simmering on the stove at least twice a month – this was a big request from her kids (and the neighborhood crew). She also spent some time with her kid's friends on the infamous "Dirt Road", or "The Dirt" as she called it (those of you in the town know this slang term for the McCulloch household!). She was a wonderful cook and always used to make delicious home cooked meals every night of the week. She was truly a free spirit with a heart of gold and a had quite the sense of humor. Barbara's smile could light up a room, and her laugh was contagious once you got her going. It was truly a blessing to see her smile and be genuinely happy. Most of all, she absolutely adored her two children, Brendan and Kelsey. They were her life, her whole heart and her world. She would do anything for them and loved them immensely and unconditionally, with every ounce of her being. Her two huskies Azul, "Azi" and Phoenix, "Pheeny" were everything to her. She loved them dearly and had a special bond with both of them. Barbara will be greatly missed by her children and her family, and all of those who were lucky enough to know her beautiful and genuine soul.

Barbara is survived by her children, Brendan C. McCulloch of Mansfield and Kelsey L. McCulloch of Dudley, formerly of Mansfield. She is survived by her former husband and father to her children, Raymond C. McCulloch. She was the loving sister of Jane Ruzanski of Boston, Linda Fairbanks of FL, Arlene Marice of Chatham, Fred Ruzanski and his wife Pam Horwath of VA, Elizabeth Rozan and her husband Bert Gassmann of Lexington, Steve Solarazza, and his wife Emily of Martha's Vineyard, Christine Colletti and her husband Rob of Nantucket, Rob Ruzanski and his wife Linda of Norfolk and Mary Rezendes and her husband Brian of Easton. She was the aunt of Philip McCabe, Keith McCabe, Sharon Ruzanski, Kate Ruzanski-Saunders, Carolyn Ruzanski, Max Gassmann, Milena Gassmann Veno, Siana Solarazza, Bowen Solarazza, Anthony Colletti, Michael Colletti, Matthew Ruzanski, Amanda Ruzanski, Ariana Rezendes, and Brian Rezendes. She is also survived by many people who have been blessed to know her over the years.

Due to Covid 19 restrictions, private family services will be held with cremation to follow. In lieu of flowers, donations in Barb's memory may be made to a charity of your choice. The family kindly asks that you always keep Barbara's loving smile within your hearts.
To order memorial trees or send flowers to the family in memory of Barbara M. (Ruzanski) McCulloch, please visit our flower store.