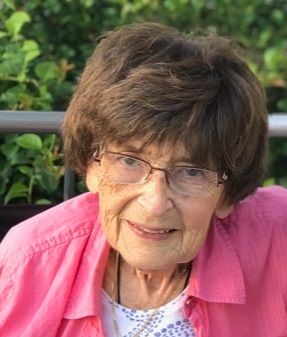 Barbara L. (Norton) Tardanico, 87, a longtime resident of Stoughton, died peacefully at her daughter's home on Monday, March 11, 2019 surrounded by her loving family. She was the wife of the late Guy A. Tardanico. Daughter of the late Paul J. and Doris J. (Ellis) Norton, she was born in Boston and raised in Dorchester. She was a graduate of Dorchester Girls High School, Class of 1949 and Boston Teacher's College. She earned her Master's Degree in Special Education from Bridgewater State College. Barbara was a resident of Stoughton since 1954. She was a special education school teacher for Stoughton Public Schools for 26 years before retiring in 2001. Mrs. Tardanico was a Past Secretary, Vice President and President of the Norfolk County Teachers Association and was on the Board of Directors of the Massachusetts Teachers Association. She was a member of the Stoughton Board of Health and a Union Building Representative at the South Elementary School in Stoughton. She also was a Town Meeting Representative in Stoughton. She enjoyed gardening, cooking, sewing, painting, boating and spending summers on Bass River, Cape Cod.

Barbara was the mother of Stephen T. Tardanico of Carver, Debora T. DiBiasie of Saugus, Jeffrey P. Tardanico of Stoughton, Helene M. Doherty of North Easton, Paula A. Tully of East Taunton, Christine M. Cicero of Merrick, NY, Marie T. Kjelgaard of West Bridgewater, Neil J. Tardanico of Middleboro and the late James M. Tardanico. She was the sister of the late Jane M. McGrath. She is also survived by 13 grandchildren, 3 great-grandchildren and many nieces and nephews.

Funeral will be held from the Farley Funeral Home, 358 Park St. (Rte. 27), Stoughton on Tuesday, March 19 at 9 AM followed by a Funeral Mass at Immaculate Conception Church, Stoughton at 10 AM. Visiting Hours Monday from 4-7 PM. Interment will take place at Evergreen Cemetery, Stoughton. Donations in Barbara's memory may be made to the MSPCA, 350 S. Huntington Ave., Boston, MA 02130.
To order memorial trees or send flowers to the family in memory of Barbara L. (Norton) Tardanico, please visit our flower store.