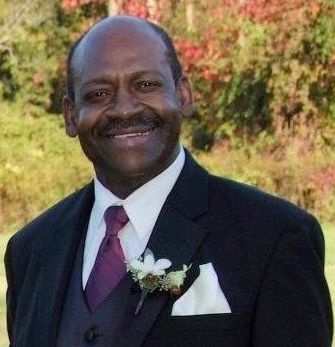 Calvin Jenkins, 71, a longtime resident of Stoughton, passed away peacefully at Seasons Hospice Palliative Inpatient Unit in Milton on Sunday, May 5, 2019 surrounded by his loving family. He was the husband of Patricia L. (Bispham) Jenkins, his high school sweetheart, for 51 years. Son of the late John and Sallie (Lynch) Jenkins – lovingly known as Miss Coot - he was born in Baltimore, MD and lived there until moving to Cambridge at eight years old. Calvin was a proud graduate of Rindge Technical School in Cambridge, Class of 1965, where he played on the basketball team. With his wife Pat, they built a house in Stoughton that they made into a loving home for the last 43 years.

Professionally, Calvin worked for Harvard University for many years before working as the Computer Room Supervisor at Gillette in South Boston for 30 years until his retirement 10 years ago. During retirement, he joined the Masons at Prince Hall in Boston. Cal loved having passionate discussions about sports, especially his original hometown teams, the Baltimore Orioles and the Baltimore/Washington Bullets. He enjoyed listening to music and often related the music of yesterday to the current hits of today with his kids. He was a self-taught handyman who took pride in rolling up his sleeves and tackling things head on.

Calvin's true passion was his family. He enjoyed family dinners, holidays, trips to the Cape and just one on one talks with everyone in his extended family, which was vast. Calvin has long been the patriarch of the extended Jenkins family and balanced the roles and responsibilities of dad, husband, uncle, brother, mentor and friend with great honor and dignity. Seeing the maturation and progression of his children, Kalon, Din and Nneka from his babies to successful adults filled him with pride. In his later years though, nothing and I mean nothing, was more important than those grandkids! Grandpa went to recitals, plays, graduations, games, you name it, and always greeted those kids with a smile and a hug. Those kids brought a boundless joy and energy to his life that was obvious every time he was around or talking about them. If you ever needed a hand, an ear, a ride, advice, etc., Calvin was always there for you.

In addition to his wife, Calvin is survived by his children, Kalon D. Jenkins and his longtime girlfriend Laura Bergemann of Weymouth, Din R. Jenkins, Sr., Stoughton PD and his wife Heidi of Stoughton and Nneka M. Thompson and her husband Charles of Washington, DC, as well as his beloved grandchildren, Caci Jenkins, Din Jenkins, Jr., Dylan Jenkins and Katrina Bergemann-Jenkins. He was the brother of the late Margaret Wilford, Geneva Davis, Alberta Walters, John Jenkins, Minnie Jenkins, Bernadine Holiday and Arlene Mikel. He will always be the revered Uncle Calvin to many nieces and nephews.

Visiting Hours will be held from Farley Funeral Home, 358 Park St. (Rte. 27), Stoughton on Tuesday May 14 from 4-7 PM. Funeral Service will be held from the Jubilee Church, 1278 Park St., Stoughton on Wednesday, May 15 at 10 AM. Interment will take place at Forest Hills Cemetery, Boston. In lieu of flowers, the family asks that donations be made in Calvin's memory to Joslin Diabetes Center, 1 Joslin Place, Suite 745, Boston, MA 02215.
To order memorial trees or send flowers to the family in memory of Calvin Jenkins, please visit our flower store.
Send a Sympathy Card