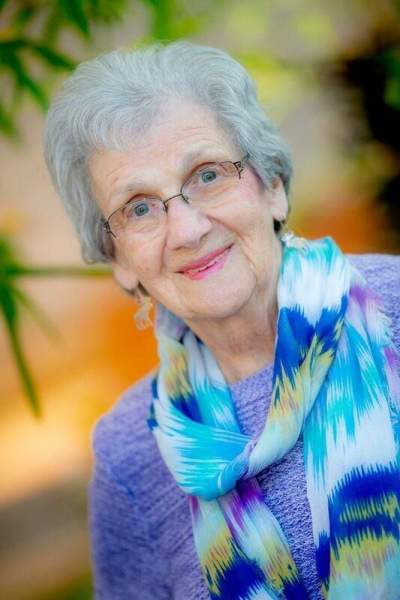 First Church of the Nazarene

Carol Ann (Paduch) Hall, 80, earned her teal wings after a courageous 7 year journey with ovarian cancer on April 19, 2019 . She passed away eagerly awaiting God's loving embrace. She was the beautiful wife of David I. Hall for 60 years.

Born in Lowell, she was daughter to Bernard and Stella Paduch. Before settling in Taunton the family lived in Roxbury where Carol received her first 3 years of education. After moving to Taunton, she attended Taunton High School where she became an accomplished violinist with the Taunton Symphony Orchestra. After graduating high school in 1956 she went on to further her education at Burdett College where she earned a secretarial degree in 1958. With her education complete she ventured to Washington, D.C. where she took a position with the Department of Defense at the Pentagon. After her return home she married her college sweetheart, David, whom she met while traveling to school via the train. She accepted a position at Texas Instruments where she stayed employed until she started her family. She moved to Stoughton in 1963 with her husband and three children. Carol went back to work in 1974 at New England Sinai Hospital where she worked as Administrative Assistant to the President of the hospital for 32 years, until her retirement.

Carol was a Notary Public for many years, a position she took great pride in. She was a Brownie leader as well as a Girl Scout leader. She was a former member of the Stoughton Jr. Women's Club. And she was also a member of AHEA – The Association of Healthcare Executive Assistants.

Carol was a faithful servant of God. She read her bible daily and took comfort in knowing that after her death should would be going to a better place. She enjoyed gardening and then cooking the fruits of her labor. She also enjoyed baking, especially her large variety of Christmas cookies. She was often heard listening to Neil Diamond, her favorite singer, or Josh Grobin, a close second. Carol was a very enthusiastic Red Sox fan. After retirement she loved traveling in her RV to Fort Myers, Florida for Spring Training where she cheered her favorite team. She also enjoyed vacationing in the Myrtle Beach area of South Carolina. But her most favorite place to travel was to her cabin in the mountains of western Maine. A place of great joy for her. A peaceful place where she felt close to God.

Carol was grateful for the exceptional care she received over the past 7 years at Dana Farber Cancer Institute in Boston. Her journey was not an easy one but she had confidence in her medical team. Unfortunately, it was just her time. She felt very fortunate to have lived so close to some of the world's best medical facilities. Her oncologist Dr. Ursula Matulonis, Nurse Practitioner Cathy Early and the entire staff treated her like family even going so far as to find ice cream off campus when she had a craving during treatment.

Carol lived a good life, was well loved and will be missed by so many. Our hearts are broken.

In addition to her husband she is survived by her children, Karen Duke of Stoughton, Keith Hall and his wife Susan of Cataumet, and Robin Hall and her husband David Young of Stoughton. Her grandchildren: Karen, Cory-Jean, Randall and Benjamin. Her great grandchildren: Genevieve, Robert and Stella. Her brothers: Louis Paduch and Bernard Paduch. She is also survived by several nieces and nephews and many friends.

A Funeral Service will be held in the First Church of the Nazarene, 89 N. Pearl St., Brockton, on Thursday, April 25 at 10 AM. Visiting Hours will be held in the Farley Funeral Home, 358 Park St., (Rte. 27) Stoughton, on Wednesday from 5-8 PM. In lieu of flowers donations may be made in Carol's memory to the Ovarian Cancer Brigade, 72 Fairway Circle, Natick, MA 01760.
To order memorial trees or send flowers to the family in memory of Carol A. (Paduch) Hall, please visit our flower store.

First Church of the Nazarene