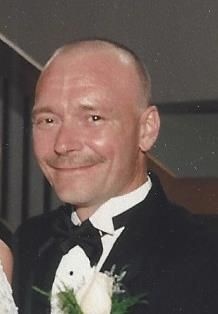 Charles Franklin Dreist, Jr., 56, a longtime resident of Stoughton, died at home on Sunday, May 24, 2020 after a period of failing health. He leaves behind his longtime love and partner of 32 years, Elizabeth Pearl Parent, her children, Robert and Teresa and her grandchildren, Nilson, Elizabeth and Mia Rose. Son of Charles F. Dreist, Sr. of Stoughton and the late Eugenie C. Dreist, he was born in Milford and raised in Bellingham and Stoughton. Charles was a graduate of Stoughton High School, Class of 1982. He was a painter for many years before retiring 3 years ago. He enjoyed playing baseball and pool and fishing and was the "Pied Piper" with all the youth in town.

Charles is also survived by his sister, Eugenie "Jeannie" (Dreist) Bernard, her children Carl W. and his wife Ana and John R. and his wife Tanya, sister Renate (Dreist) Petruccelli and her daughter Emily R.L. Dreist and brother Patrik F.H. Dreist and his children Jessica, Heidi, Kerri, Kristy and Patrice. He will be sadly missed by many more friends and family.

To respect Charles' wishes, no services will be planned. A memorial "party" will be announced at a later date. Donations in Charles' memory may be made to American Lung Association, Donation Processing Center, PO Box 11039, Lewiston, ME 04243-9409.
To order memorial trees or send flowers to the family in memory of Charles Franklin Dreist, please visit our flower store.