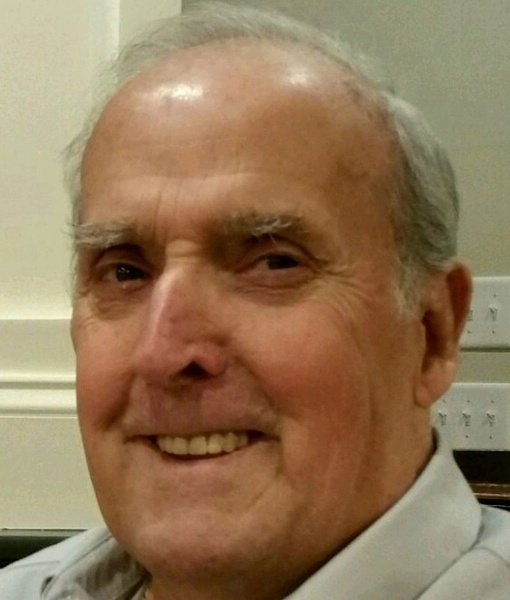 Daniel F. McLaughlin, Jr., age 81, of West Yarmouth, formerly Stoughton and Milton, passed away surrounded by his family on January 7, 2022.

Dan's party has ended much too soon, Alzheimer's cut his fun much too short.
No more hat tricks at the Eire, or up the street when down a quart.
He's left us with a lifetime of memories, anyone who knew him, loved him as well.
This was his final Irish goodbye, leaving us all without saying farewell.
A loving husband to Pat for 46 years, to Teri & Susan (and Bob) an incredible Dad,
And for Shannon he quite simply was the greatest Papa anyone's ever had.
He was Dan the Man, the myth, the legend, and for that let's make a toast.
Slainté to a life well lived, which he did to the utter most.

Daniel was predeceased by his loving wife, Patricia (Wirtz) McLaughlin. He is survived by his daughters Theresa McLaughlin of South Yarmouth and Susan (McLaughlin) Glover and her husband Robert of Sandwich. He was the brother to David and John McLaughlin and his late twin brother William McLaughlin. He also leaves behind his granddaughter Shannon Glover and many nieces and nephews. He cherished his dear friends David and Marian Healy, and his closest friend the late William Norton, in addition to a legion of friends he's had throughout the years.

Due to the current restrictions, family services will be held privately. A celebration of Dan's life will be held at a later date. In lieu of flowers, donations in Dan's memory may be made to the Alzheimer's Association, 309 Waverley Oaks Rd, Waltham, MA 02452 or to St. Jude's Children's Hospital, 501 St. Jude Place, Memphis, TN 38105.
To order memorial trees or send flowers to the family in memory of Daniel F. McLaughlin, please visit our flower store.