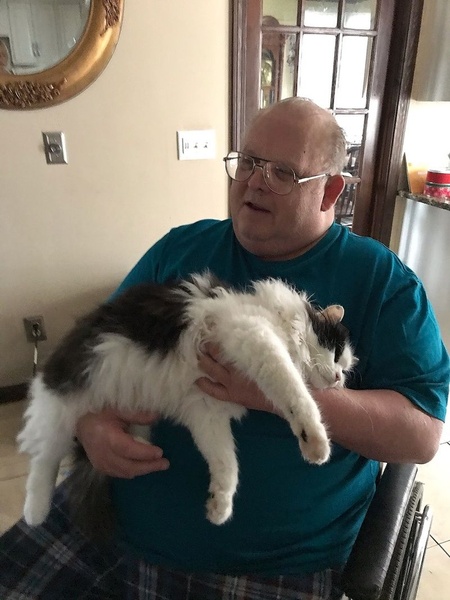 David R. Wayne, 69, died unexpectedly on Tuesday, February 8, 2022. David was born in Brockton in July of 1952 to the late Paul and Edna Wayne. He was raised in Abington with his three siblings and was a longtime resident. He attended Abington High School, where he was a member of the football team, graduating in 1970. He attended North Adams State College and completed his Associate's Degree at Massasoit Community College in Brockton. After college, he worked as a Delivery Manager for both the Boston Globe and Boston Herald. After many years of commitment to his job, David left the Boston area and moved to Wareham in 2006, where he began working for Bimbo's Bakery. After his retirement in 2015 David was able to spend time doing the things that he loved. He was a lifelong member of the Teamsters and was an avid fan of all sports - especially the Red Sox and Patriots. One of his greatest passions was gardening. He took great pride and care in growing his tomato plants, and even had a competition with his good friend Lisa Linhares on who could grow the biggest and best tomatoes. David enjoyed spending time with his family and friends, especially his beloved pets King Tut, Kitty and Bridget. He adored his four grandchildren and always loved making them laugh.

David is survived by his wife of 18 years, Patricia A. (Dooley) Rollins Wayne. He leaves behind his son, David J. Wayne and his wife Ashley (Nardone) and their two children Michaela and Jacob of Plymouth. He is also survived by his stepson Philip W. Rollins and Lauren Daniels, and was "Papa" to their two sons Declan and Ryan Rollins of Wareham. In addition he will be greatly missed by his brother, Richard Wayne and his wife Carrie and their son Timmy of Fayetteville, NY, and his sister Janet Crosby and her husband Ken, and their two children Emily and Paul of Bridgewater. He is also survived by his good friends Dana, Tom, Mike, Harry and Jim.

Funeral Prayers will be offered in the Farley Funeral Home, 358 Park St., (Rt. 27) Stoughton on Saturday at 5 PM. Visitation prior to the prayers from 3 to 5 PM.
To order memorial trees or send flowers to the family in memory of David R. Wayne, please visit our flower store.