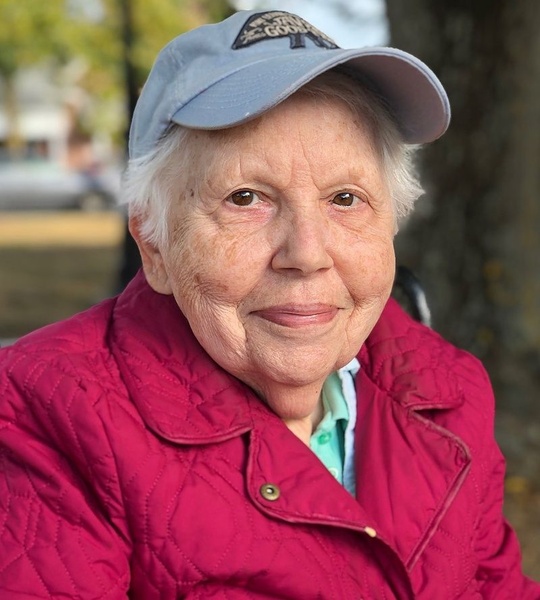 Diana S. (Santoro) Geigis, 87, died peacefully on October 27, 2021, surrounded by her family. The only child of Italian immigrants, John and Tomasina (Grana) Santoro, Diana was raised in a large Victorian house in an East Boston neighborhood where she made lifelong friends. Guided by her parents, who arrived at Ellis Island as children in the early 1900s, Diana grew up in a multigenerational household that encouraged scholarship, musical expression, and realization of the American Dream. Though Diana's parents started life in this country with few resources, her father John ultimately became a Boston attorney, and her mother Tomasina became a classical pianist and culinary teacher. Their work ethic inspired Diana to pursue a demanding, classical education at Boston's Girls' Latin School, the first college preparatory high school for girls in the United States. After graduating with honors, Diana enrolled in Boston University's College of Liberal Arts, and met her husband, Ernest Geigis, of West Roxbury, Mass., at a Student Christian Association mixer shortly after starting her freshman year. A week after graduating Phi Beta Kappa and magna cum laude with a bachelor's degree in classical languages in 1956, Diana married Ernie at BU's Marsh Chapel. Their loving union lasted 65 years.

Diana relished her role as mother to two daughters, Deborah and Priscilla, who grew up in Stoughton, Mass. Every August, Diana and Ernie took their daughters on month-long camping vacations across the country to various destinations, including national and state parks. Notably, the family drove to Alaska from Stoughton, traversed unpaved portions of the Alaska Highway, and returned home, clocking more than 7,000 miles on the odometer of their AMC Ambassador station wagon. On each trip, Diana prepared all meals at the campsites and faithfully sat alongside Ernie in the passenger seat, navigating routes, recording expenses, and encouraging Deborah and Priscilla to document their adventures in journals. In fact, daily journaling was a requirement that Diana gently but firmly enforced. Her persistence paid off. Deborah ultimately authored a travel guidebook published by Disney, and Priscilla became the state parks director for the Commonwealth of Massachusetts. Diana wished for each daughter a true partner in life, which she knew they found in their husbands, Bryan and Kurt.

Diana was also devoted to the students she taught during her 22-year tenure as a first-grade teacher in Room 2 at the Chemung Elementary School (now the Helen H. Hansen School) in Stoughton. "My greatest joy is teaching children how to read," said, Diana, who often graded papers alongside the family's high-spirited dachshund, Fritz. Diana loved reading biographies of American heroes, such as Booker T. Washington, Betsy Ross, and Abraham Lincoln, to her young charges. "They couldn't wait for story time, to see what happened to these incredible people," she said. Upon retirement to Falmouth, Mass., Diana wrote a biography of hometown hero Katharine Lee Bates, who penned the poem that inspired the song "America the Beautiful," often referred to as the country's unofficial national anthem. Diana and her husband, daughters, sons-in-law, and grandchildren, Acadia (Cady) and Hudson, often strolled along Falmouth's Shining Sea Bikeway, dedicated to Bates, delighting in the foamy waves, beach plums, and views of Martha's Vineyard along the shoreline recreational route.

For more than 40 years, Diana was a devoted minister's wife. She and Ernie, The Rev. Ernest Otto Geigis, served churches in Arion, Iowa; Westhampton, Mass.; Watertown, Mass; and Stoughton, Mass. Known for her kindness, loyalty and humor, Diana hosted meetings for parishioners in the parsonage, served on church boards, and even played the organ when the music director was absent from Sunday services. After serving their last church, the First Congregational Church in Stoughton, for 25 years, the Geigises retired to the Sippewissett section of Falmouth, Mass. They joined Falmouth's First Congregational Church, where Diana was active in Women's Fellowship.

Diana also enjoyed gardening, scrapbooking, cooking, and quilting, and wrote travel stories for local publications during her retirement years. She truly shined spending time with her family and friends. She was thrilled to become "Nana" to Cady and Hudson, who brought her much joy. She loved playing piano alongside Cady, the third generation of female pianists in Diana's family.

Even as Diana navigated the challenges of memory loss in her later years, she expressed her happy spirit by playing the piano, singing, and clapping to the soundtracks of Broadway musicals. When these activities became difficult, she became an avid listener to those who shared children's storybooks, words of kindness and encouragement, and classic family stories, compiled from decades of adventures and experiences. Justice Sandra Day O'Connor, the first woman on the Supreme Court, commented on her own struggle with memory loss: "While the final chapter of my life with dementia may be trying, nothing has diminished my gratitude and deep appreciation for the countless blessings in my life." That sentiment holds true for Diana, and her family appreciates the loving army of caregivers, hospice workers, nurses, clergy and friends who stood by her on her journey.

Diana's family honored her life at a private memorial service and burial. She is survived and celebrated by her husband, The Reverend Ernest O. Geigis; her daughter, Deborah G. Berry and husband Bryan Berry; her daughter Priscilla E. Geigis and husband Kurt Gaertner; and two grandchildren, Acadia G. Berry and Hudson G. Berry. The family is appreciative of those who assisted Diana in the last stages of her life. Donations in Diana's memory may be made to the Alzheimer's Family Support Center of Cape Cod (https://www.alzfamilysupport.org/ways-to-give), 2095 Main St., Brewster, MA 02631 or to Beacon Hospice, 32 Resnik Road, Suite 3, Plymouth, MA 02360.
To order memorial trees or send flowers to the family in memory of Diana S. (Santoro) Geigis, please visit our flower store.
Send a Sympathy Card