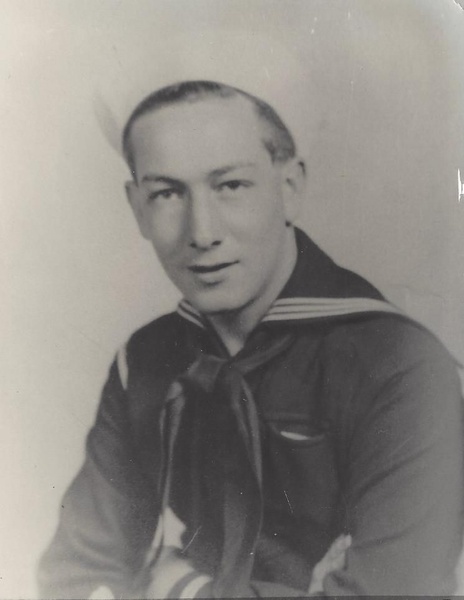 Dominic J. Staula, 93, a longtime resident of Stoughton, died peacefully at the Good Samaritan Medical Center in Brockton on Thursday, October 4, 2018 surrounded by his loving family. He was the husband of Genevieve (Porcaro) Staula for 71 years. Son of the late O. Joseph and Rose (Augenti) Staula, he was born and raised in Dedham. Dominic served in the U.S. Coast Guard and was a Veteran of World War II, making 18 crossings of the Atlantic and Pacific oceans during the war. He resided in Stoughton for the past 71 years. Mr. Staula was the owner and Master Plumber of Staula Plumbing and Heating for 50 years before retiring at the age of 75. He was a member and Past Commander of the VFW in Canton and was also a member of the Sons of Italy in Stoughton, American Legion, the Randolph Elks and the Canton Town Club. Dominic and his wife were active volunteers at the Stoughton Senior Center and Meals on Wheels for many years. He enjoyed bowling, swimming, painting, crafts, dancing with his wife and cooking Sunday dinners for his family. He was an avid jokester and story teller but his greatest joy was spending time with his family, especially his wife.

In addition to his wife, Dominic is survived by his children, Judith A. Sanford and her partner Arthur Bougas of Mashpee, Joanne Brousseau and her husband Bradley of Canton, Janice Lucchesi and her husband John of Danbury, CT, Jane Buckman and her partner Allan Ellis of Stoughton and Robert Staula and his wife Roberta of Sharon. He was the father-in-law of the late Stephen Buckman. He was the brother of Joseph C. Staula and his wife Lois of Sharon and the late Louise M. Fennessey. He is also survived by 11 grandchildren, 13 great-grandchildren and many nieces and nephews.

Visitation will be held at the Farley Funeral Home, 358 Park St., (Rt. 27) Stoughton on Saturday, October 6 from 8:30-9:30 AM followed by a Funeral Mass at Immaculate Conception Church, Stoughton at 10 AM. Interment will be private. In lieu of flowers, donations in Dominic's memory may be made to the VA Healthcare-Boston, 1400 VFW Parkway, #135, W. Roxbury, MA 02132.
To order memorial trees or send flowers to the family in memory of Dominic J. Staula, please visit our flower store.
Send a Sympathy Card