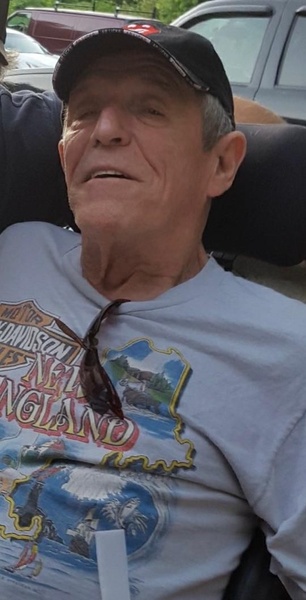 Donald J. Black, 70, a lifelong resident of Stoughton, died peacefully on Thursday, May 30, 2019 at his home. He was the husband of Denise M. (DeGregorio) Black for 17 years. Son of the late John L. and Cornelia (Walraven) Black, he was born in Boston and raised in Stoughton. Don was a graduate of Stoughton High School, Class of 1967. He earned the rank of Petty Officer 3rd Class in the US Navy and was a Veteran of the Vietnam War. Donald was a self-employed cabinet maker for many years. He was a member of the American Legion Post 89 in Stoughton. In his free time, he enjoyed camping and riding his motorcycle.

In addition to his wife, Don is survived by his children, Jeffrey Black & his wife Laura of New Hampshire and Kimberly Black of Lakeville, as well as his step-children, Lindsey Dymon and her husband Justin of Florida and Anthony Bucilli of Stoughton and his grandchildren, Ruby and Jackson.

Funeral Service will be held from the Farley Funeral Home, 358 Park St., Stoughton on Thursday, June 6 at 11 AM. Visiting hours will be held on Wednesday from 5-8 PM. Interment will take place at Evergreen Cemetery, Stoughton. Donations in Donald's memory may be made to The ALS Association, Gift Processing Center, PO Box 37022, Boone, IA 50037-0022.
To order memorial trees or send flowers to the family in memory of Donald J. Black, please visit our flower store.