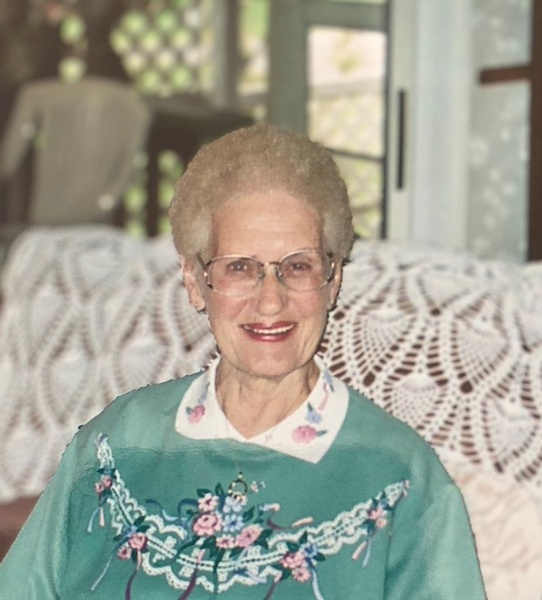 Elizabeth A. (Smith) Caddell, 92, died Friday, June 18, 2021, at her home in East Bridgewater, surrounded by her beloved family, after a period of declining health. She was the wife of the late Samuel Newell Caddell. Born and raised in Stoughton, she was educated at St. Mary's School and High School in Canton. She was a longtime resident of West Bridgewater and moved to East Bridgewater 7 years ago to be closer to family. She was a longtime, dedicated communicant of St. Ann's Church in West Bridgewater. In her free time, she enjoyed dancing, walking, riding bikes and working in her yard. Above all, she enjoyed spending time with her family.

Mrs. Caddell is survived by her sons; Kevin N. Caddell and his wife Karen of Marion, and Brian T. Caddell and his wife Joanne of W. Bridgewater, and her daughter with whom she lived, Colleen F. Merola and her husband Kevin of E. Bridgewater. She was the sister of Eleanor Jones of Mansfield, Mary DeCosta of Canton and the late Dorothy Gregory. She is also survived by 8 grandchildren, 7 great grandchildren and several nieces and nephews.

A Funeral Mass will be celebrated in St. Ann's Church, West Bridgewater on Saturday, June 26 at 10 AM. Visiting Hours will be held in the Farley Funeral Home, 358 Park St. (Rt. 27) Stoughton on Friday, June 25 from 4-7. Interment will take place at Pine Hill Cemetery, W. Bridgewater. Donations in Elizabeth's memory may be made to Alzheimer's Association, 309 Waverly Oaks Rd, Waltham, MA 02452.
To order memorial trees or send flowers to the family in memory of Elizabeth A. (Smith) Caddell, please visit our flower store.
Send a Sympathy Card