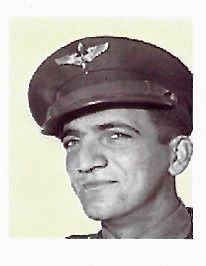 Ermie W. F. Carlino, 95, died suddenly on Thursday, April 23, 2020, after being stricken ill at his home in Stoughton. He was the beloved husband of the late Gladys M. (Hanson) Carlino, Jenny (Lally) Carlino and longtime companion of the late Joan M. West. Born in Medford, son of the late Nicodemo T. and Mary O. (Martino) Carlino, he was raised and educated Arlington and was a graduate of Arlington High School. He was a proud World War II Veteran of the US Army Air Corps, serving from 1943-1945. Upon his honorable discharge, he returned home and eventually settled in Stoughton in 1956. He was a longtime member of Teamsters Local 25 in Boston where he served as the Shop Steward for several years. He worked as a Truck Driver for Stop & Shop and previously for Westwood Cartage, retiring many years ago. Ermie was a member of the American Legion and the Amvets in Stoughton and also of the Sons of Italy in Quincy. When he was younger Ermie enjoyed working on automobiles. In his free time, he enjoyed his home and garden and spending time with his beloved family. He also liked computers and crossword and jigsaw puzzles.

Ermie was the devoted father of Susan L. Carlino of Dedham, Marian R. Hadden of Stoughton, James F. Carlino and his husband the late Peter Simpson, Gary B. LaForest of Dedham and the late Theodore M. LaForest and his late wife Elizabeth. He was the grandfather of Synneve Carlino, Jennifer Barry and her husband Sean, Brian Fenstermaker and his partner Katie Fell, Theodore LaForest and his wife Melissa, Danielle LaForest and Byron LaForest. He was the brother of the late Frederick Carlino of Arlington and the late James Carlino and Francis Carlino and is survived by his sister in law Janet (Mrs. Frederick) Carlino. He is also survived by many nieces and nephews along with several great grandchildren.


Due to the coronavirus pandemic, private family services were held with a celebration of life to be held at a later date. In lieu of flowers, donations in Ermie's memory may be made to The American Macular Degeneration Foundation at www.macular.org, or a charity of your choice.
To order memorial trees or send flowers to the family in memory of Ermie W.F. Carlino, please visit our flower store.