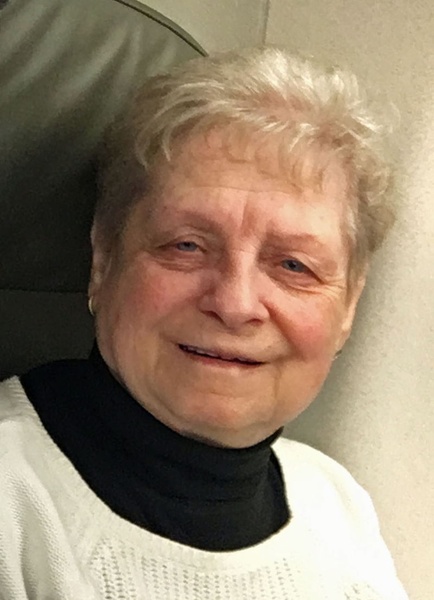 Evelyn G. "Dunnie" (Gately) McCarthy, 78, died Saturday, July 11, 2020, at the St. Elizabeth's Medical Center in Brighton, after a period of declining health. She was the wife of the late Joseph A. McCarthy. Born in Quincy, daughter of the late Evelyn V. (Ritchie) Connors and Edward L. Connors, she was raised and educated in Sharon and was a 1959 graduate of Sharon High School. Mrs. McCarthy was a resident of Brockton for over 50 years. She worked as a secretary and office manager at Our Lady of Lourdes Church in Brockton for close to 30 years, retiring in 2007. While at Our Lady of Lourdes, she was a member of the Catholic Daughters of America, the 20th Century Catholic Club, the Prayer Shawl Ministry and was a longtime CCD Teacher. After retiring, she was a volunteer at My Brother's Keeper in Easton for several years. In her free time, she enjoyed playing Tetris, shopping and spending time with her beloved family and her friends.

Mrs. McCarthy was the mother of J. Daniel McCarthy and his wife Melynda of NJ, Terri A. McCarthy and Sean P. McCarthy both of Brockton. She was the caretaker and longtime friend of Aretha Drayton of Brockton and was the sister of Esther Jennings of Walpole, Edward Connors of NH and the late Martin Gately. She is also survived by her grandchildren, Steven, Alison and Kevin McCarthy and several nieces and nephews.

Visiting Hours will be held in the Farley Funeral Home, 358 Park St., (Rte. 27) Stoughton on Thursday from 4-8 PM with mandatory masks and social distancing protocols in place. Due to Covid 19 Regulations, her Funeral Mass at Our Lady of Lourdes will be private with burial to follow at Melrose Cemetery at 11:45 AM. Donations in Dunnie's memory may be made to Autism Speaks.
To order memorial trees or send flowers to the family in memory of Evelyn G. "Dunnie" (Gately) McCarthy, please visit our flower store.