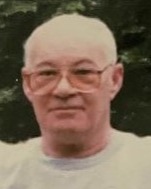 Frank served three years of active duty in the U.S. Marine Corps and was a Veteran of the Korean War.  He was a Corporal and received several medals, including sharpshooter.  He was deployed to Japan several times during his service before being honorably discharged.

In 1957, Frank joined the IBEW Local 103 of Boston and began a lifelong career in the electrical industry.  Early on, he worked on many of the large skyscrapers in downtown Boston and then as the Chief Electrical Inspector for the City of Nashua, NH for 28 years before retiring in 2006.  During his life, Frank gave his time freely to help family and friends with their household electrical needs and his sense of humor would always leave you with a laugh.  He enjoyed spending time with his family and friends, fishing in New Hampshire, playing cards, watching football and reading war novels.

Frank is survived by his loving wife, Marie, sons, Frank and Timothy Leahy and his wife Michelle, grandchildren, Ryan, Brittany & Paige Leahy, great grandchildren, Chloe Collins and Paityn LoConte and several nieces and nephews.  Frank was a loving father, husband, grandfather, and a friend to everyone.

Services will be private at the request of the deceased.  Donations in Frank’s memory may be made to St. Jude Children’s Research Hospital, 501 St. Jude Place, Memphis, TN 38105.