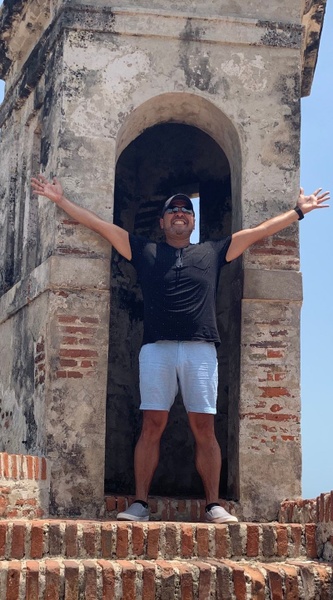 Francisco J. Moncayo, 46, a longtime resident of Randolph, died unexpectedly at Texas Health Presbyterian Hospital in Dallas on Wednesday, January 29, 2020. He was the husband of Angela M. O'Dorisio. Son of Jacinto and Maria (Salazar) Moncayo of Randolph, he was born and raised in Guayaquil, Ecuador before moving to Brighton in 1985. Francisco was a graduate of John D. O'Bryant School of Mathematics and Science, Class of 1990 and attended Boston University. He was a resident of Randolph since 1998. Francisco was a Senior Information Technology Manager with Steward Healthcare, where he has worked for 30 years. He enjoyed music but his greatest joy was spending time with his daughter, family and friends.

In addition to his wife and parents, Francisco is survived by his daughter, Melina E. Moncayo of Randolph and his sisters, Carolina E. Salazar and Miriam R. Moncayo and her husband Fernando Ocana all of Randolph. He was the uncle of Alexis, Samantha, Sebastian, Jack, Johanna, Rosalia and Gianna. He is also survived by many aunts, uncles and cousins.

Funeral will be held from the Farley Funeral Home, 358 Park St., (Rte. 27) Stoughton on Wednesday, February 5 at 10:45 AM followed by a Funeral Mass at St. Mary's Church, Randolph at 12 PM. Visiting Hours Tuesday from 4-7 PM. Interment will take place at Blue Hill Cemetery, Braintree. Donations in Francisco's memory may be made to his daughter's education fund- https://www.gofundme.com/f/education-fund-for-melina-moncayo?utm_source=customer&utm_medium=email&utm_campaign=p_cp+share-sheet
To order memorial trees or send flowers to the family in memory of Francisco J. Moncayo, please visit our flower store.