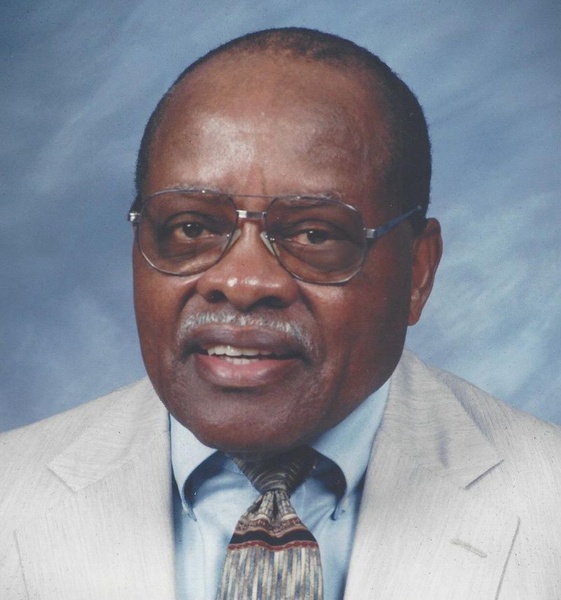 George C. Hamm, 97, died Thursday, August 22, at the VA Hospital in Brockton, after a short period of declining health. He was the husband of 65 years of Gladys G. (Porter) Hamm. Born, raised and educated in Richmond, VA, son of the late Lewis and Isabel Hamm. He was a resident of Stoughton for over 56 years. Mr. Hamm was a Proud Veteran of the US Navy, serving for over 22 years during WWII and Korea. Upon his retirement from the Navy as Chief Petty Officer he began working for the United States Postal Service in Boston and retired as a supervisor of the Motor Vehicle Services Division in1982. After retirement George worked as a bus driver for Metco for 10 years. He was a founding member of the Christ the King Lutheran Church and served on the council of the Prince of Peace Lutheran Church in Brockton. George was a past president of the Stoughton Fair Housing Association, a member of the Elks in Roxbury and a Lifetime member of the Disabled American Veterans. Most importantly George enjoyed spending time with his family and friends.

Funeral Services will be held from the Farley Funeral Home, 358 Park St. (Rte. 27), Stoughton on Thursday, August 29 at 11 AM. Visiting Hours prior to the Services from 9-11 AM. Interment will take place at Knollwood Memorial Park, Canton. Donations in George's memory may be made to the Disabled American Veterans.
To order memorial trees or send flowers to the family in memory of George C. Hamm, please visit our flower store.