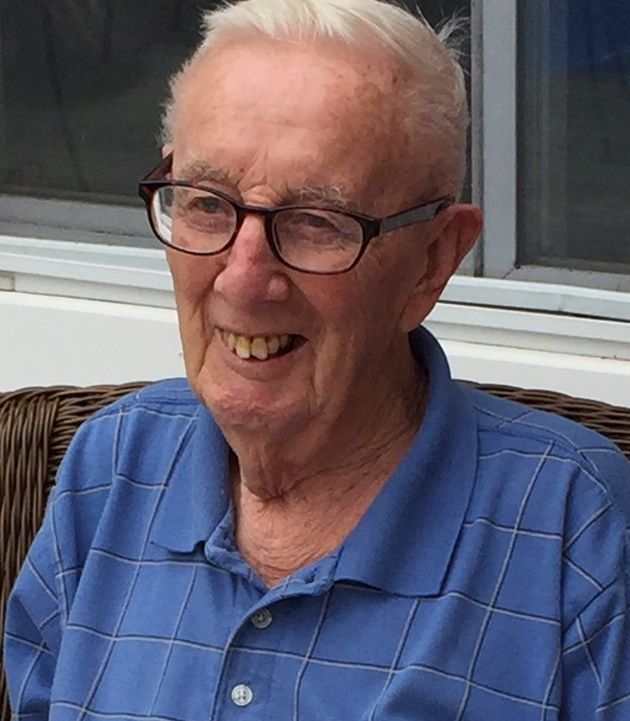 George R. Howe, 92, a longtime resident of Randolph, died peacefully at the Pat Roche Hospice House in Hingham on Tuesday, March 26, 2019. He was the husband of Anna M. (Muise) Howe for 67 years. Son of the late Harry and Emma (Sawyer) Howe, he was born in Boston and raised in East Boston. He was a graduate of East Boston High School. George was a Seaman First Class in the U.S. Navy and a Veteran of World War II. He was a resident of Randolph for 58 years. George was a sheet metal worker at Barry Controls in Waltham for over 35 years before retiring at age 62. An avid Patriots fan, he also enjoyed puzzles, traveling with his wife and visiting friends at Randolph Town Hall but his greatest joy was spending time with his family, especially his grandchildren.

Funeral Service will be held from the Farley Funeral Home, 358 Park St. (Rte. 27), Stoughton on Friday, March 29 at 10:30 AM. Visiting Hours Thursday from 4-7 PM. Interment will take place at Knollwood Memorial Park, Canton. Donations in George's memory may be made to the Alzheimer's Association, 309 Waverley Oaks Road, Waltham, MA 02452.
To order memorial trees or send flowers to the family in memory of George R. Howe, please visit our flower store.
Send a Sympathy Card