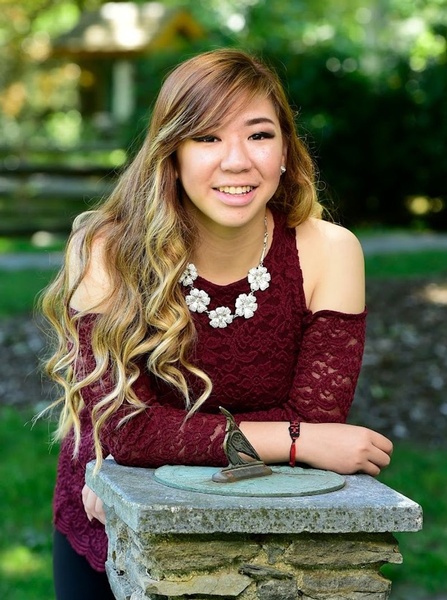 Georgia Claire L. Dray, 21, an Honors student at Boston University, passed away on Sunday, March 27, 2022. She was, and remains, her parents' whole world. Georgia was born in GuangXi, China, and resided in WuZhou Social Welfare Institute until she was fourteen months old. Her original name, Li Tao, means, "beautiful ocean wave," though her mom and dad often joked that "beautiful tsunami" would have been more fitting, as she was a force to be reckoned with! She was adopted and brought to the United States in December of 2001 and has been a resident of Raynham since 2007. Georgia was a 2018 graduate of Bridgewater Raynham High School and a member of the National Honor Society. She was in her junior year at Boston University studying her passion, Psychology, where she achieved a 3.8 GPA and was recently accepted into the Psi Chi Honor Society. Known for her kind heart, quick wit, and spunk, Georgia lived and loved with passion. As a child, she cherished spending time with her grandparents and cousins in New Hampshire, fishing, swimming, and most of all, tubing. She spent hours with her Grampy Jensen learning to whittle, play checkers, or shoot, and he forever remained her hero. During her teen years, Georgia became a proficient archer and musician, competing in both. Most of all, Georgia loved her family! Together, they traveled through Europe, took cruises, hiked and camped, tried new foods and restaurants, and enjoyed their time together. Georgia adored spending time with her brothers, whether it was playing Rock Band as kids, video games, escape rooms, and later, target shooting. An avid animal lover, Georgia treasured her Bichon, Bella, and her Toy Poodle, Buddy.

A Celebration of Georgia's life will be held in the Farley Funeral Home, 358 Park St. (Rt. 27) Stoughton on Friday, April 1, 2022, from 4-7 PM with Spiritual Reflections to follow at 7PM. Donations in Georgia's memory may be made to DNAConnect.Org (https://www.dnaconnect.org/donate-now) or Nanching Project (https://www.nanchangproject.com/how-to-help), to assist Chinese adoptees and birth families reunite.
To order memorial trees or send flowers to the family in memory of Georgia Claire L. Dray, please visit our flower store.