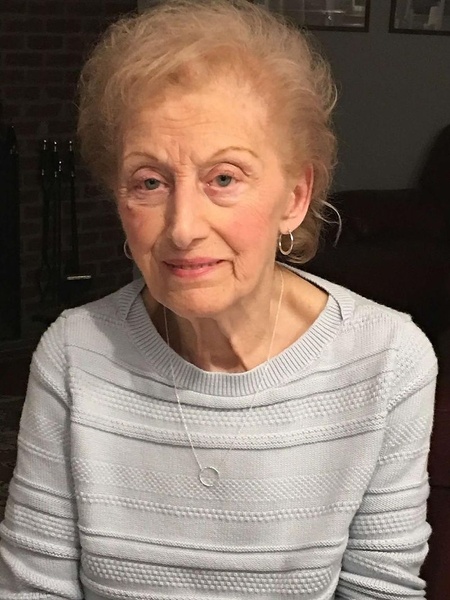 Grace P. Huber, 91, died Saturday, April 30, at her home in Taunton, after a period of declining health. She was the loving wife of over 66 years to the late Donald F. Huber. Born in Boston, she was raised in East Boston and Hyde Park and was a graduate of Hyde Park High School. Mrs. Huber was a resident of Taunton for over 17 years, previously living in Stoughton for over 40 years. She was a dedicated wife, mother and grandmother. In her free time, she enjoyed taking care of her home, walking, reading, doing crossword puzzles and especially enjoyed scratching Lottery Tickets and spending time with her beloved family.

Mrs. Huber was the beloved mother of Karen A. Castro and her husband Charles of Taunton and Joanne A. LaFlamme and her husband John of Norton. She was the caring Grandma of Stephen Donald Reynolds, Amanda Lee Gomes, Jennifer Lynne Matthews, Wendy Nichole Richard, Kevin William LaFlamme and Tara Nicole Mendez and was the beloved Nonni of 15 and is also survived by 1 great great granddaughter. Grace was the devoted sister of Theresa Asci of Norwood, Rose Vacca and Marie Dunn, both of Hyde Park, Jean Featherstone of CT, Lucy Dempsey of Pembroke and the late Pasquale "Pat" Vacca, Ralph Vacca, Nicholas Vacca and Rita Powers. She is also survived by many nieces and nephews.

Private Family Services will be held with burial at Knollwood Memorial Park in Canton. Donations in Grace's memory may be made to the Daughter's of St. Paul, 50 St. Paul's Ave, Boston, MA 02130.
To order memorial trees or send flowers to the family in memory of Grace P. (Vacca) Huber, please visit our flower store.