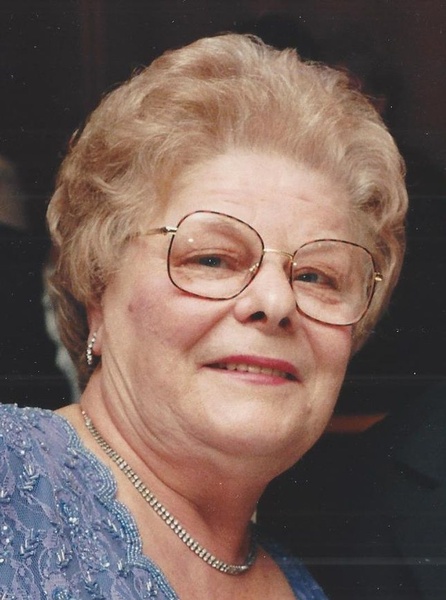 *** PLEASE NOTE TIME OF CHANGE OF SERVICES DUE TO POWER OUTAGE****
Incoronata L. "Renata" (Lombardo) Frontino, 84, died Sunday, October 24, 2021, at the Copley at Stoughton Nursing and Rehabilitation Center in Stoughton, after a period of declining health. Daughter of the late Lorenzo and Carmela Lombardo, she was born and raised in San Ferdinando, Foggia, Italy. In August of 1957 she married Vincenzo Frontino, and together they shared over 62 years of marriage before his death in May of 2020. In 1970, they came to the United States and settled in Stoughton. Mrs. Frontino worked as an assembler at Motorola in Mansfield for over 30 years, retiring at age 65. In her free time, she enjoyed playing Bingo, going to family gatherings and parties, dancing with her husband and spending time with her friends and family.

Mrs. Frontino is survived by her son Ralph Frontino of Stoughton. She was the sister of Laurina Netti and her husband Pasquale, Luciana Pavanello and her husband Alberto, Francesca Sala and her late husband Egidio and Giuseppe Lombardo and his wife Lucia all of Italy. She is also survived by several nieces and nephews.

Visiting Hour will be held on Saturday Morning, October 30 from 9-10 AM at the Farley Funeral Home, 358 Park St. (Rt. 27) Stoughton followed by a
Funeral Mass at Immaculate Conception Church at 10:30 AM. Interment at Holy Sepulchre Cemetery, Stoughton. Donations in Renata's name may be made to the Shriner's Hospital, 51 Blossom St., Boston, MA 02114 or to Boston Food Bank, 70 South Bay Ave., Boston, 02118.
To order memorial trees or send flowers to the family in memory of Incoronata L. (Lombardo) Frontino, please visit our flower store.