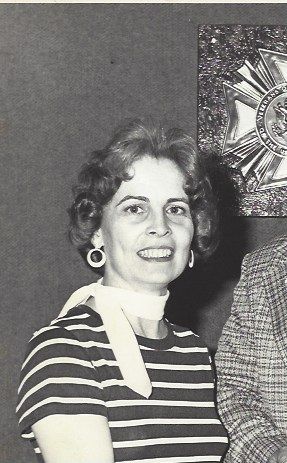 Jacqueline E. "Jackie" (Ensign) Krone, a resident of Hannah B.G. Shaw Home in Middleboro, died peacefully at Beth Israel Deaconess Hospital in Plymouth on Saturday, May 9, 2020. She was the wife of the late John M. "Jack" Krone. Daughter of the late Owen T. and Eleanor (Porter) Ensign, she was born in Chicago, IL and raised in Racine, WI. She was educated in both Racine and Chicago schools and attended Nursing School. Jackie was a resident of Dedham for over 50 years before moving to Middleboro 5 years ago. She was a housewife. Jackie was a Past President of Norfolk Country Club Women's Golf League in Westwood and Past Officer of the Women's Bowling League. She was a past Dedham Town Meeting Member and Dedham High Booster Club Member. She also volunteered at Respiratory Therapy at Norwood Hospital. She was an avid artist and crafter, and sesquipedalian.

Jackie is survived by her son, John O. "Jay" Krone and his wife Donna M. of Lakeville, formerly of Dedham, as well as her grandchildren, Janelle M. Krone and her husband Eli Susser and John J. Krone. She was the sister of George Ensign of Kingman, AZ.

Due to the coronavirus pandemic, private family services will be held with a burial at Knollwood Memorial Park, Canton. Donations in Jackie's memory may be made to the Hannah B.G. Shaw Home, 299 Wareham, Street, Middleboro, MA 02346.
To order memorial trees or send flowers to the family in memory of Jacqueline E. (Ensign) Krone, please visit our flower store.
Send a Sympathy Card