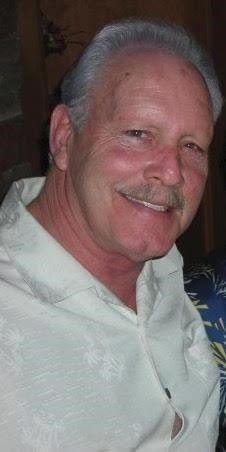 James A. "Gus" Pane, Sr., a longtime resident of Stoughton, died peacefully surrounded by his loving family on April 22, 2019. He was the husband of Linda M. (Bernard) Pane. He was born in Phoenix, AZ, to Mary (Berst) Layzod of Manilus, NY and the late Patrick Marchillo. He was lovingly raised by his adoptive parents, the late Philip and Edythe (Fairbanks) Pane in Watertown, MA. He was a graduate of Watertown High School, Class of 1965 where he was an outstanding athlete and a recipient of the Harry Agganis All Star Award for his achievements in football. He also attended Cheshire Academy in Cheshire, CT. He was a resident of Stoughton since 1973. Gus was a car salesman at Victory Ford in Stoughton for 17 years before retiring in 2007. He was a friend of Bill W. for 29 years.

In addition to his wife, Gus is also survived by his children, James A. Pane, Jr. of Bridgewater, Benjamin E. Pane and his wife Linda of Norton and Heather L. Trocki and her husband John of Stoughton, as well as his grandchildren, Noelle, Noah, Jake, Layla, Emma, Ryan and Benjamin. He was the brother of Tony Pane and his wife Janet of Harwich, Ann Marie Cook and her husband Richard of Belmont and Angela Lancaster of Portland, Oregon. He is also survived by many extended family members and friends, including an aunt, cousins, nieces and nephews.

Funeral will be held from the Farley Funeral Home, 358 Park St. (Rte. 27), Stoughton, MA on Saturday April 27, 2019 at 9 AM followed by a Funeral Mass at St. James Church, 560 Page St., Stoughton, MA at 10 AM. Visiting hours will be held on Friday April 26, 2019 from 4-7 PM at Farley Funeral Home. Interment will be private. In lieu of flowers, donations in James' memory may be made to The Sunday Morning Group, c/o The Knights of Columbus, 14 Seaver St, Stoughton, MA or the American Diabetes Association, P.O. Box 15829, Arlington, VA 22215.
To order memorial trees or send flowers to the family in memory of James A. "Gus" Pane, please visit our flower store.