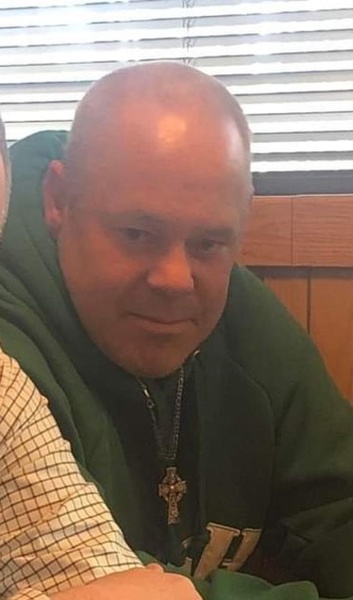 Jason S. Dolan, 48, died Thursday, October 28, 2021 at his home in Foxboro. He was the husband of Angela M. Johnson. Born in Weymouth, son of the late Stephen A. Dolan and Julie A. (Barrett) Dolan, he was raised in Stoughton and attended Stoughton Schools. Jason was a resident of Foxboro since 2013, previously spending the previous 13 years in Walpole. Jason was the former owner and longtime employee of Northeast Lawncare in Foxboro. In his free time, he enjoyed listening to music, fishing in the Cape Cod Canal and spending time with his family.

In addition to his wife, Jason is survived by his four children, Brianna N. Johnson, Nicholas S. Dolan, Matthew R. Dolan and Brody C. Dolan, all of Foxboro. He was the brother of Darby P. Dolan of Boston, Joshua J. Dolan of OH and Gy Sgt Brian A. Dolan, USMC of NC and the late Sarah A. Dolan. He is also survived by several nieces and nephews and his beloved dog Wick.

Funeral Prayers will be held in Farley Funeral Home, 358 Park St. (Rt. 27) Stoughton on Thursday, November 4, 2021 at 7PM. Visiting Hours will be held prior to the prayers from 4-7PM. Donations in Jason's memory may be made to American Foundation for Suicide Prevention, 71 Commercial St, Unit 236, Boston, MA 02109.
To order memorial trees or send flowers to the family in memory of Jason S. Dolan, please visit our flower store.
Send a Sympathy Card