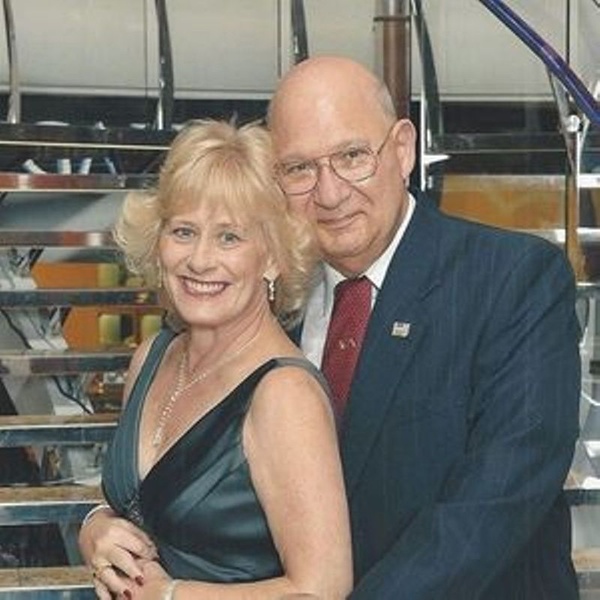 Jason Miller of East Bridgewater, passed away on May 30, 2020 at the age of 76. He was the most beloved husband of his bride Ellen (McGahan) Miller for 42 years. Jason retired as a Sergeant for the Brockton Police Department. He belonged to the Satucket Pistol Club and was a true marksman when it came to shooting. He was proud to be a 32nd degree "Shriner" and brother Mason at the Wampatuck Lodge in Hanson, MA. Jason was most honored to be a member at the American Legion Post 9 in East Bridgewater and to have served our country in the United States Air Force, and was a lifelong member of Shomrim Society of Massachusetts.

He was an adventurous soul who loved to travel, especially cruising with his wife and was an avid sci-fi aficionado. He especially loved Star Trek and Star Wars -a famous line he used to say was "Beam me up Scotty!" Jason could be found on the dance floor enjoying ballroom dancing (South Shore Dancers). Even with his walker, he could not be stopped from having a good time -and of course spinning Ellen around with his ballroom dance moves. He was a special person that really took on the meaning of life in such a positive light. He was a kind and loving gentleman to those he knew, and to whomever he met along his journey in this life.

Jason is also survived by his children Marci Dacey (husband Scott), Sherri Miller, and Adam Miller (wife Sue). He was the loving brother of Diane Keefe (Jim) of North Carolina and Elaine Carpman (Ed) of Stoughton, and brother-in-law to John and his wife Susan Lentini. He was the devoted grandfather to Savannah, Gregory, Hannah, Paige and David; and great-grandfather to Jarrod. He is also survived by a long enduring list of loving friends whom he cared for very much. And he leaves his very special kitty cat, Callie, who never left his side.

Jason lived each day to the fullest. Like Yoda, from Star Wars said at the time of his death "Twilight is upon me, and soon night must fall. That is the way of things". So, Jason did "live long and he prospered" and brought much happiness into so many lives and his wife Ellen wishes peace to be with him on this his final voyage, and rest easy in knowing that his legacy will live on.

Due to the coronavirus pandemic, private family services will be held with interment at Milton Cemetery. In lieu of flower's donations in Jason's memory may be made to My Brother's Keeper, PO Box 338, Easton, MA 02356–0338 (https://mybrotherskeeper.org/money/)
To order memorial trees or send flowers to the family in memory of Jason Miller, please visit our flower store.