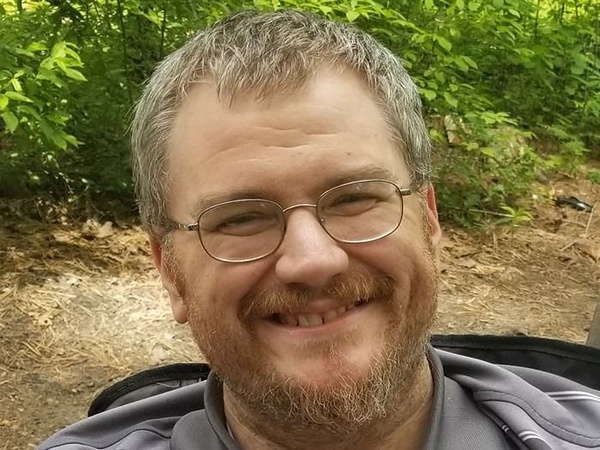 Jeffrey G. Palermo, 36, died Sunday, December 16, 2018, at the Landmark Medical Center in Woonsocket, RI, after being stricken ill at his home in Cumberland, RI. Born in Dunedin, FL, he was raised and educated in Stoughton and was a graduate of Coyle-Cassidy High School in Taunton. A gifted musician, Jeff went on to study music at the UMass Lowell, where he enjoyed playing trombone, and other instruments, in many ensembles. He graduated in 2006. He was a resident of Cumberland, RI with the love of his life, his wife Veronica J. (Conant) Palermo, and the light of his life, his son James J. "JJ" Palermo. In his 36 years, he touched many lives. He lived life in the moment, played hard but worked harder for his family. Jeff and Veronica recently celebrated 10 years of marriage by hosting a party for all of their friends and family. Jeff was a true friend to many and always ready to help anyone in need. He proudly achieved the rank of Eagle Scout from Boy Scouts Troop 516 in Stoughton and his project was a beautiful carved wooden sign that still stands in front of the Stoughton Historical Society. At the time of his death, he was working as the Head Virtual Engineer for Getronics/IBM in the Information Technology Department at the Citizens Bank Operations Center in East Providence, RI. According to co-workers, "He was the glue that held multiple teams together. He managed not only the existing virtual environment at Citizens Bank but was the main source for the creation of new Virtual Desktop as a Service Platform". He was an avid video game player and enjoyed watching the New England Patriots, woodworking and working around his home. In his free time, he enjoyed playing with his son "JJ".

In addition to his wife Veronica and his son "JJ", he is survived by his parents, Nancy J. (Lindgren) Palermo and Joseph R. Palermo, of Stoughton, and his brother Craig J. "CJ" Palermo of Brockton. Jeff was the son in law of Jeanne and Nick Anastos of Bridgewater and Lawrence and Mary Conant of Piedmont, SC. He was the nephew of Susan and Wayne Lee of Middleboro, Sandra Washington of Bourne and David Lindgren of FL. He was the cousin of Aaron and Eric Lee and Quinn and Sarah Washington.

Funeral will be held from the Farley Funeral Home, 358 Park St., (Rt. 27) Stoughton on Saturday, December 22, 2018 at 9 AM followed by a Funeral Mass at Immaculate Conception Church, Stoughton at 10 AM. Visiting Hours Friday, December 21, 2018 from 4-7 PM. Donations in Jeff's memory may be made to the JJ Palermo Education Fund, POB 93, Stoughton, MA 02072.
To order memorial trees or send flowers to the family in memory of Jeffrey G. Palermo, please visit our flower store.
Send a Sympathy Card