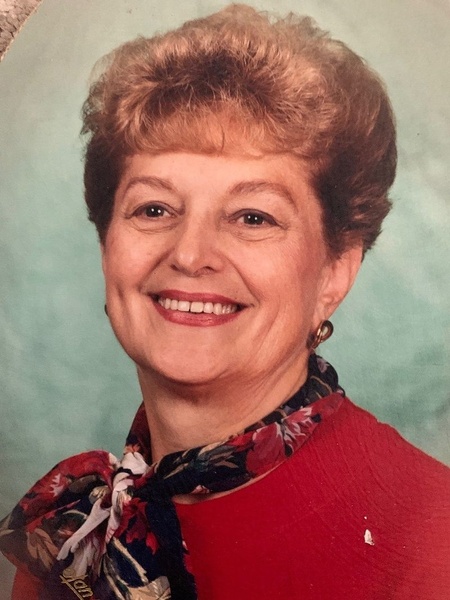 Joan E. (Kohler) Blair, 91, died Sunday, March 27, 2022, at the Copley at Stoughton Nursing Home, after a period of failing health. She was the wife of the late Robert Blair and Edward M. Lynch. Born in Boston, she was raised and educated in Jamaica Plain and was a graduate of Roslindale High School, Class of 1949. She was a resident of Stoughton for over 25 years, previously living in Needham for 10 years and raising her family in Roslindale. In 1950, she married Edward M. Lynch and together they spent 21 years of marriage and raised 4 children, before their divorce in 1971. In 1973, she married Robert Blair and they spent over 23 years of marriage, before his death in 1996. She worked in Banking for over 50 years, as a Bank Manager for Fleet Bank in Needham and also for the Town of Stoughton Credit Union in Stoughton. She retired many years ago. Joan was a talented Sketch Artist and singer who enjoyed camping and spending time at Nantasket Beach and the Lakes of New Hampshire. Above all, she enjoyed spending time with her beloved family and grandchildren.

Mrs. Blair was the beloved mother of Robert M. Lynch and his wife Mary of Roslindale, Karen Petrycki and her late husband Edward of Haverhill, Edward M. Lynch and his wife Kathleen of Taunton and the late Kathleen Comeau. She was the sister of the late Irene Comeau and Jeanette Payne and is also survived by 10 grandchildren, 10 great grandchildren and several nieces and nephews.

Visiting Hours will be held in the Farley Funeral Home, 358 Park St. (Rt. 27) Stoughton on Thursday, March 31, 2022 from 10-11:30AM followed by a Funeral Mass at Immaculate Conception Church at 12 Noon. Interment will take place at New Calvary Cemetery, Boston. Donations in Joan's memory may be made to the St. Jude Children's Hospital, 501 St. Jude Pl., Memphis, TN.
To order memorial trees or send flowers to the family in memory of Joan E. (Kohler) Blair, please visit our flower store.
Send a Sympathy Card