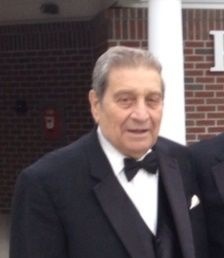 John A. Castaldo, 91, died Tuesday, June 25, 2019, at the Good Samaritan Medical Center in Brockton, after a period of failing health. He was the husband of the late Elaine T. (Capolupo) Castaldo. Born and raised in East Boston, he was a graduate of Brighton High School. Mr. Castaldo was a Veteran of the US Army, serving from June 1946 until his honorable discharge in November of 1947. He was the longtime owner of Atlantic Auto Body in Revere, retiring in the mid 1990's. John was a longtime resident of Arlington and later, after his retirement, spent over 25 years in Moultonboro, NH. He also lived in North Andover for several years. He was a former member of the Lions Club in Moultonboro. He was an avid golfer and enjoyed boating on Lake Winnipesaukee, Pistachio Ice Cream, Lobster and sitting by the warmth of his wood stove. Above all, he enjoyed spending time with his family, grandchildren and great grandchildren.

Mr. Castaldo is survived by his children; John P. Castaldo and his husband David Myette of Vermont, Susan E. Tritto and her husband Dennis of Stoughton and Jeffrey Castaldo and his wife Caroline of N. Andover. He was the beloved Papa of Julie Webber and her husband Robert, Dennis J. Tritto and his wife Erin, Jonathan, Alexandria, Christina and Jason Castaldo. He was the great grandfather of Bobby Webber and Landon Webber and was predeceased by 8 brothers and sisters. He was known as Papa to everybody. He is also survived by many nieces and nephews.

Visiting Hours will be held in the Farley Funeral Home, 358 Park St. (Rte. 27), Stoughton on Friday, June 28, 2019, from 1-3 PM followed by Funeral Prayers at 3 PM. Donations in John's memory may be made to the American Breast Cancer Foundation, 10400 Little Patuxent Pkwy #480, Columbia, MD 21044.
To order memorial trees or send flowers to the family in memory of John A. Castaldo, please visit our flower store.