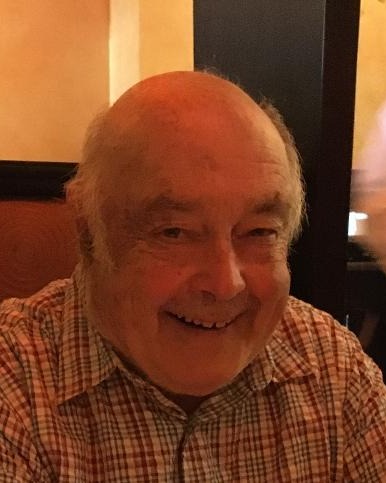 John E. “Jack” Connelly, 85, died Tuesday, December 6, 2022 at the Good Samaritan Medical Center in Brockton, after a period of declining health.  Born and raised in Newton, he attended Newton Schools and was a graduate of St. Sebastian’s School in Newton.  He then graduated from Providence College, in Providence, RI.  Jack worked for the Commonwealth of Massachusetts Department of Employment as an Employment Counselor for many years, retiring at age 65.  He was a devout Catholic and a daily communicant of St. John the Evangelist Church in Wellesley for many years. Jack was a talented photographer and enjoyed traveling and taking photos of landscapes, the ocean and, especially of the Nubble Lighthouse in Maine.  In his free time, he enjoyed spending time with his family and friends.

Jack will be missed by many, especially his cousins, Dorothy White of Stoughton, Theresa White of Medfield, Karen Patten of Norfolk, Dianne White and Richard White, both of West Bridgewater and Carolyn White of NY.

A Funeral Mass will be celebrated in the Immaculate Conception Church, 122 Canton St., Stoughton on Saturday, January 7, 2023 at 10:30 AM.  Burial will be at a later date at the Connelly family lot at St. Mary’s Cemetery, Needham.

To order memorial trees or send flowers to the family in memory of John E. "Jack" Connelly, please visit our flower store.