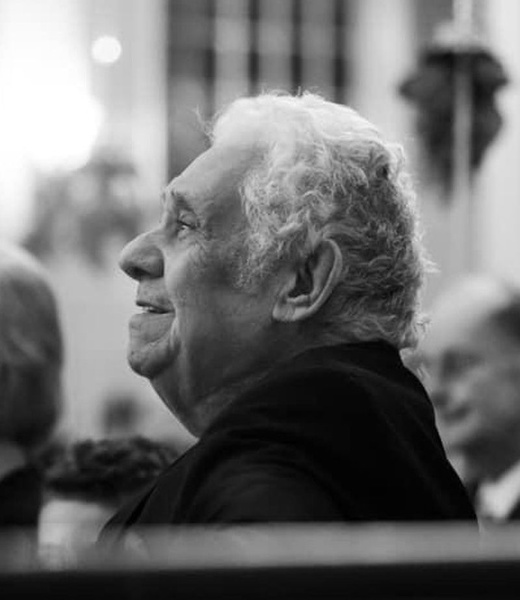 John J. Gambrazzio, 87, died Saturday, October 5, 2019 in his lifelong home in Stoughton, after a short illness. He was the husband of the late Esther (Bruus) Gambrazzio. Born, raised and educated in Stoughton, he was a Veteran of the US Army. Upon his Honorable Discharge, he returned to Stoughton and began working as a Teamster. He was an employee of the Simeone Construction Company in Stoughton for many years, retiring several years ago. Mr. Gambrazzio was a lifelong member of the VFW in Stoughton. He was a dedicated husband and brother and enjoyed spending time with his beloved extended family. In his free time, he enjoyed playing poker, gardening and cultivating his tomato garden.

John is survived by his three sisters; Angelina "Honey" Panacy, Frances Anderson and Lena Mortelleti all of Stoughton. He was predeceased by his siblings; Joseph, Pasquale "Patsy", Frankie, Salvadore and Louis Gambrazzio, Mary Nolop, Mary Gambrazzio, Margaret Norkus, Priscilla Leveillee and Lucy Panacy. He is also survived by several nieces and nephews, including his grand niece Samantha Brior-Jones, her husband Kevin Kurbs, and their children Anderson and Inara, with whom he shared his home.

Funeral Prayers will be held in the Farley Funeral Home, 358 Park St., (Rte. 27) Stoughton on Friday, October 11, 2019 at 11 AM. Visiting Hours Thursday from 4-7 PM. Interment will take place at Holy Sepulchre Cemetery, Stoughton. Donations in John's memory may be made to Wounded Warrior Project, P.O. Box 758516, Topeka, KS 66675-8516.
To order memorial trees or send flowers to the family in memory of John J. Gambrazzio, please visit our flower store.