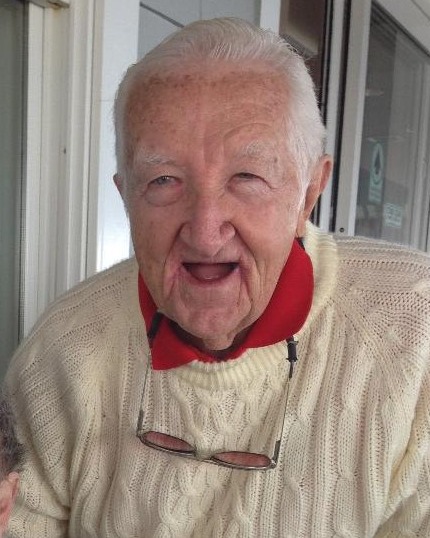 John E. “Jack” Gillis, 91, died Thursday, October 20, 2022. Born in Boston, he was raised and educated in Roxbury and as a teenager moved to Dedham.  Jack attended and was in the first graduating class of Christopher Columbus High School in the North End.  He was a proud Veteran of the US Army, serving overseas in the Korean War from May of 1952 until his honorable discharge in March of 1954.  Upon his discharge, he returned home to Dedham. Jack worked and was able to enjoy his free time doing plays, going out dancing on weekends, and traveling. In October of 1965, he married Ann T. McCarthy at St. William’s Church in Dorchester and together they spent over 52 years of marriage and raised 2 children.  Jack and Ann purchased a home and spent many happy years in Stoughton celebrating holidays and entertaining family and friends.  Jack was often the first one to lend a hand to the neighbors for projects or to shovel a driveway.  In November of 2021 he moved to Brightview in Billerica to be closer to his daughter, son-in-law, and grandchildren.  While living in Stoughton, he was a dedicated communicant of St. James Church serving as an usher, bingo volunteer, and CYO leader.  Jack was a longtime employee of New England Telephone and Telegraph, later NYNEX, a company he would work for many years as member of the IBEW in Boston. He worked as a Lineman in the Boston office, retiring in 1998.   After his retirement from NYNEX, he worked as a driver for Orchard Cove Assisted Living in Canton, a job he held for over 20 years. He was a longtime volunteer at Sail Boston. Jack was proud of his Irish heritage and was a former member of Ireland’s Own in Brockton and the Irish Cultural Centre in Canton.  He always enjoyed listening to Irish music and going dancing.  Jack loved driving and could often be found behind the wheel of his 1964½ Mustang or his 2005 Mustang.  In his free time, he enjoyed hot air balloons, old fashioned car shows, and classic movies.  He cherished almost 20 summers at Squam Lake in NH spending his days with his family and friends, boating, and laying in the sun listening to music.

Husband of the late Ann T. (McCarthy) Gillis, Jack was the father of Patricia A. McGonagle and her husband Michael of Billerica and the late Robert J. “Bo” Gillis.  He was the devoted Papa of Conor M. and Molly P. McGonagle.  Jack was the brother of Albert Gillis and his wife Donna of Roslindale, William Gillis and his wife Mary of Walpole, and the late Stephen Gillis, Margaret Danovich, and Carol Ludwig.  He is also survived by his aunt Alice Gillis of West Roxbury and his sister-in-law Nancy Murphy of Walpole.  He leaves behind many cousins, nieces and nephews, and friends.

Funeral from the Farley Funeral Home, 358 Park St. (Rt. 27), Stoughton at 9:00 a.m. followed by a Funeral Mass at St. James Church, Stoughton, at 10:30 a.m. on Monday, October 31. Visiting hours are Sunday, October 30, from 3:00 p.m. to 6:00 p.m. Relatives and friends are respectfully invited to attend. Interment will take place at Evergreen Cemetery, Stoughton.  Donations in Jack's memory may be made to the Irish Cultural Centre. https://www.irishculture.org/support/donate/  or mailed to Irish Cultural Centre, 200 New Boston Drive, Canton, MA 02021.  Directions and obituary at www.farleyfh.com.

To order memorial trees or send flowers to the family in memory of John E. "Jack" Gillis, please visit our flower store.