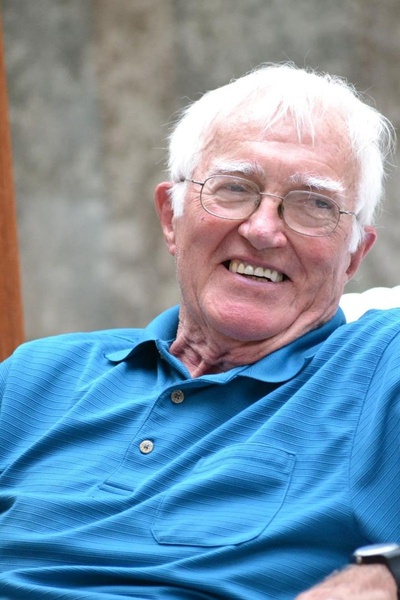 John R. Leahy, 83, a longtime resident of Stoughton, died peacefully at Accent Care Inpatient Hospice Center in Milton on Sunday, May 15, 2022 after a lengthy illness. He was the husband of Patricia M. (Ciampa) Leahy for 60 years. Son of the late Albert Michael Leahy, Jr. and Geneve (Crosby) Leahy, he was born and raised in Somerville. John was a graduate of Somerville High School, Class of 1956. He resided in Stoughton since 1964. He worked for the Baird Corporation in Bedford for over 20 years before working for Northrup Grumman in Dallas for 15 years until his retirement in 2010. John loved playing music on several different instruments, woodworking and working in his yard but his greatest joy was spending time with his family.

In addition to his wife, John is survived by his children, John R. Leahy, Jr. and his wife Lori Ann of Blackstone, Kevin M. Leahy and his wife Sandra Corbeil of Clarence Creek, Canada, Steven M. Leahy and his partner Marge Cameron of Beliot, OH and Kathleen G. "Katie" Bartel and her husband Matthew of Stratham, NH, as well as his grandchildren, Colin Leahy and his wife Anna, Emily Leahy, Matthew Leahy, Bailey Bartel, Meghan Bartel, John Patrick Bartel and Colleen Bartel. He was the brother of Eugene Leahy of East Falmouth, Daniel Leahy of Milford, David Leahy of Stoneham, Sr. Elizabeth Leahy and Martha Leahy both of Pawtucket, RI and the late Albert Leahy, III, Lawrence Leahy and Loretta Deveaux. He is also survived by many nieces and nephews.

Funeral Mass will be celebrated at Immaculate Conception Church, 122 Canton Street, Stoughton on Friday, May 20 at 10:30 AM. Visiting Hours will be held from the Farley Funeral Home, 358 Park St. (Rt. 27) Stoughton on Thursday, May 19 from 4-7 PM. Interment will be private at a later date. In lieu of flowers, donations in John's memory may be made to the Alzheimer's Association, 309 Waverley Oaks Road, Waltham, MA 02452.
To order memorial trees or send flowers to the family in memory of John R. Leahy, please visit our flower store.