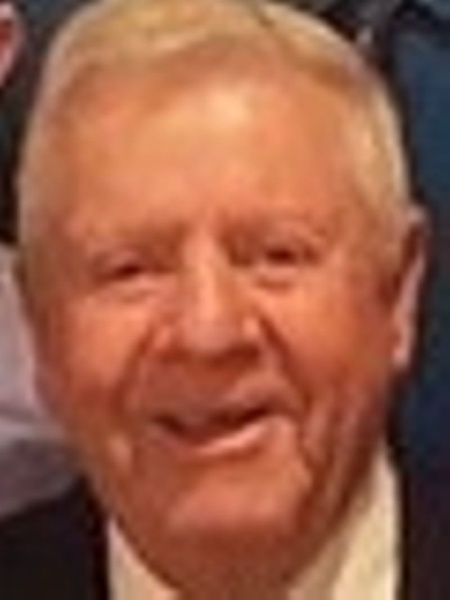 John F. "Jack" Vesey, 88, a longtime resident of Stoughton, died unexpectedly at Cape Cod Hospital in Hyannis on Wednesday, February 26, 2020. He was the husband of the late Beverly A. (Spencer) Vesey. Son of the late Thomas P. and Cecelia (Rourke) Vesey, he was born in Boston and raised in Dorchester. He was a graduate of Boston Latin High School. Jack was a Petty Officer 3rd Class in the U.S. Navy and a Veteran of the Korean War. He was a resident of Stoughton since 1967. Jack was a custodian for Boston Public Schools for 38 years before retiring at age 62. He also worked at the U.S. Postal Service Annex in South Boston for over 20 years. He was a member of Cedar Hill Golf Club in Stoughton and enjoyed playing golf and traveling, especially to Aruba, but his greatest joy was spending time with his family.

Jack was the father of Tom Vesey and his wife Carol of Canton, Judy White and her husband George of Bridgewater, Bob Vesey and his wife Debbie of Berkley, Barbara Coe and her husband Frannie of Middleboro and the late Johnny Vesey. He was the grandfather of Eric, Sarah, Elise, Jimmy, Chris, Nichole, Matt, Danny, Marissa, Ryan, Kim and John. He was the brother of the late Tom and Joe Vesey, Peggy Davis, Loretta Feeney and Mary Gallagher. He is also survived by his longtime companion, Mary Hunnewell, as well as 8 great-grandchildren and many nieces and nephews.

Funeral will be held from the Farley Funeral Home, 358 Park St., (Rte. 27) Stoughton on Saturday, February 29 at 9 AM followed by a Funeral Mass at Immaculate Conception Church, Stoughton at 10 AM. Visiting Hours Friday from 4-7 PM. Interment will take place at Holy Sepulchre Cemetery, Stoughton.
To order memorial trees or send flowers to the family in memory of John F. Vesey, please visit our flower store.