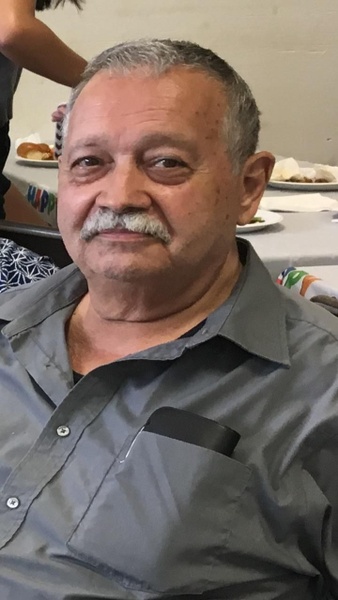 Jose R. Valadao, 78, died Tuesday, June 11, 2019, at the St. Elizabeth's Medical Center in Brighton after a period of failing health. He was the husband of 49 years of Maria A. (Alves) Valadao. Born and raised on the island of Flores in the Azores, he came to the United States in 1970 and settled in Stoughton. He worked as a Forklift Operator for Morse Shoe, J. Baker and The Casual Male in Canton for many years, retiring several years ago. Mr. Valadao was a Founding Member and Past President of the San Joao Filharmonic Society in Stoughton where he played the Bass Drum in the band. He was a member and Past President of the Holy Ghost Society of the Azores in Stoughton. In his free time, he enjoyed spending time playing in the band and spending time with his family and grandchildren.

In addition to his wife, he is survived by his son Joseph A. Valadao and his fiancé Elisabeth Casey of Stoughton. He was predeceased by his son Gil Valadao. He was the brother of Joao V. Resendes and his wife Maria Fatima, Maria E. Frade and her husband Antonio and Etelvina F. Salvador and her husband Jose, all of Stoughton. He is also survived by his grandchildren Liam R. Swanson-Valadao, Joseph A. Valadao-Casey, Jr., Elysia Casey and several nieces and nephews.

Funeral will be held from the Farley Funeral Home, 358 Park St. (Rte. 27), Stoughton on Saturday, June 15, 2019, at 9 AM followed by a Funeral Mass at Immaculate Conception Church, at 10 AM. Visiting Hours Friday from 4-7 PM. Interment will take place at Evergreen Cemetery, Stoughton.
To order memorial trees or send flowers to the family in memory of Jose R. Valadao, please visit our flower store.
Send a Sympathy Card