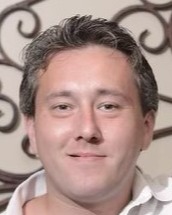 Joseph E. Miller, 39, a longtime resident of North Attleboro, died unexpectedly at home on Friday, December 30, 2022. Son of Kathleen (Locke) Portway and her husband David of North Attleboro and the late Edward J. Miller, he was born in Brockton and raised in North Attleboro. Joe was a concrete finisher for various companies in the area for over 20 years. He enjoyed watching movies, hanging out with his friends, and vacationing in Jamaica.

In addition to his mother, Joe is survived by his children, Mya K. Miller and Kalel Miller both of Pawtucket.  He was the brother of Nicole Barry of Dighton, Stacey Hughes of North Attleboro, Glenn C. Lyerla, III of Providence, RI, Ariel Nardone of North Attleboro and the late Kathryn Lyerla. He is also survived by many nieces and nephews.

A Funeral Prayer will be offered from the Farley Funeral Home, 358 Park St. (Rt. 27) Stoughton on Tuesday, January 10 at 7 PM.  Visiting Hours prior from 4-7 PM. Interment will be private. In lieu of flowers, donations may be made to Mya Miller, c/o Farley Funeral Home, PO Box 93, Stoughton, MA 02072 for Mya and Kalel’s future education.

To order memorial trees or send flowers to the family in memory of Joseph E. Miller, please visit our flower store.