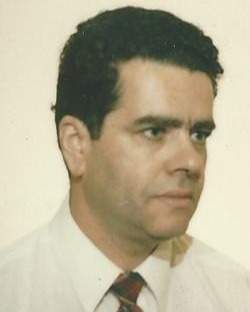 Jose Vieira, 82, a longtime resident of Brockton, died peacefully at Good Samaritan Medical Center in Brockton on Friday, August 19, 2022.  He was the loving husband of Maria Vieira for 54 years. Son of the late Francisco and Vitoria Vieira, Joe was born and raised in Flores, Azores, Portugal. As a boy, he attended seminary school through young adulthood in Terceira. Joe then worked as a designer for the Public Works Directorate in Faial. He was a member of the Portuguese Army in the Medical Corps Unit and served in Mozambique. In 1968, Joe married Maria and they immigrated to the U.S. and settled in Stoughton until 1973 when he and his wife bought their residence in Brockton. Joe worked as a tax accountant for General Cinema Corporation in Chestnut Hill for over 20 years. He then attended Brockton Hospital School of Nursing before becoming a certified nursing assistant at Good Samaritan Medical Center for 15 years until his retirement. Joe was a kind, generous and thoughtful person who loved to help others in need. He enjoyed gardening and keeping up with the world news, but his greatest joy was spending time with his family.

In addition to his wife, Joe is survived by his beloved daughters, Paula Vieira and Helena Vieira both of Brockton. He was the brother of Nuno Vieira of Lakeville, Sister Maria Bernadette Vieira of Terceira, Azores, Maria Jose Silva of Flores, Azores and the late Antonio Vieira. Joe is also survived by several nieces, nephews and cousins.

Visitation will be held from the Farley Funeral Home, 358 Park St. (Rt. 27) Stoughton on Thursday, August 25 from 9:30-10:30 AM followed by a Funeral Mass at Immaculate Conception Church, Stoughton at 11 AM.  Interment will take place at Melrose Cemetery, Brockton.

To order memorial trees or send flowers to the family in memory of Jose Vieira, please visit our flower store.