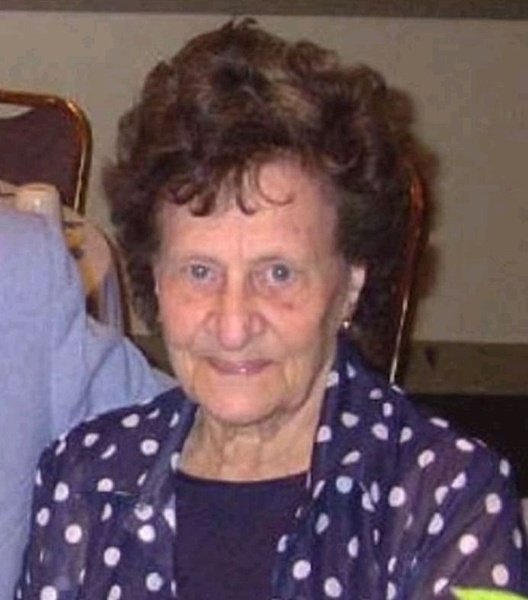 Josephine M. (Waechter) Pedranti, 98, passed away peacefully, on April 2, 2019 at the Mass General Hospital in Boston. Jo was born in Boston on October 29, 1920, raised in Roslindale and graduated from Roslindale High School. She further graduated from the Burdett School of Business and, later in life, also graduated from the Bryman Medical School as a Medical Associate. Jo was a resident of Stoughton for over 30 years. She worked for the IRS from 1958 to 1960 and was further employed by the Boston Naval Shipyard as Supply Ship Supervisor from 1960 to 1980 where she was lauded for her incredible memory of the U.S Ships' parts and other ship requirements, as needed, for immediate repairs. And she did all this without computers in those days. Upon retirement from the Navy Yard, Jo was given a luncheon party attended by more than 200 employees, the Boston Naval Commander, the Governor of Massachusetts other dignitaries. Her family was also invited, and had no idea of all that she had accomplished as a Supply Ship Supervisor for the U.S. Government. At her retirement party, she received awards from the Commander of the U.S. Navy, Governor Dukakis of Massachusetts, and a signed Plaque from President Ronald Regan for outstanding service to the US. Navy.

Jo took pride feeding her family, and she was a great cook of Italian and German food. She was a very kind woman who helped others in need and was never judgmental. Making others happy was a goal that she accomplished every day of her life. She was special, and dearly loved by all who knew her, she will be missed beyond measure.

Jo was the daughter of the late Fritz Waechter and Fillapina Waechter and was also pre-deceased by her husband John Pedranti. Jo is survived by her children; Edward Pedranti and his wife Diana of Brockton and Carol D'Andrea and her husband Phillip of Stoughton. She was a loving grandmother of Glen and Adam Pedranti and Chris, Matthew and Mark D'Andrea. She was the sister of Frederick Waechter and the late Emily Horgan. She also adored her great-grandchildren, many nephews, and nieces.

A Celebration of Jo's life will be held in the Farley Funeral Home, 358 Park Street, (Rt 27), Stoughton, on Tuesday, April 9, 2019 from 9:00 a.m. to 12:00 noon with family reflections at Noon. Donations in lieu of flowers in Jo's memory may be made to the Joslin Diabetes Clinic, 1 Joslin Pl., Boston, MA 02215 or to the American Heart Assn, 300 Fifth Ave., Waltham, MA 02451.
To order memorial trees or send flowers to the family in memory of Josephine M. (Waechter) Pedranti, please visit our flower store.