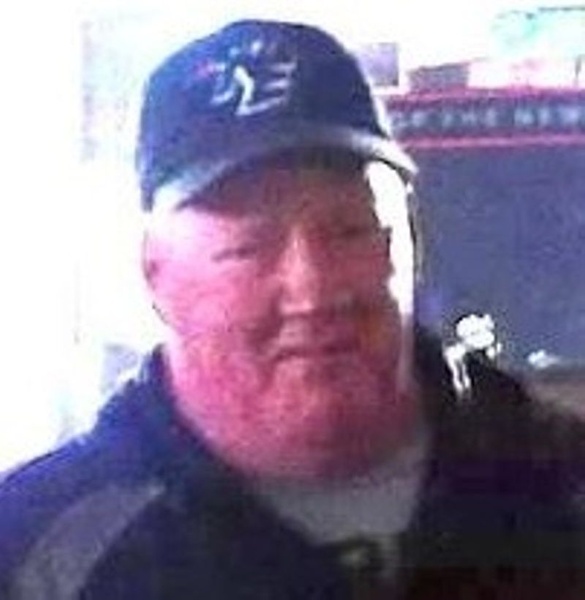 Justin is survived by his 3 children and their significant others, Nathan and Kelly Locke of Lisbon NH, Justin and LeeAnne Hatch of Fremont NH, and Jacob Locke and Graciela Maldanado of Boise, Idaho. In addition to his children, Justin will be lovingly remembered by his 8 grandchildren, Aiden Locke, Alex Locke, Nicole Maldanado, Justin Locke, Tommy Locke, Charlotte Locke, Beauden Hatch, and Elias Hatch. Justin will also be missed by his 2 brothers, Daniel Locke and William "Billy" Locke and 3 sisters, Kathy Portway, MaryAnne Lyerla, and Julie Phipps as well as many nieces and nephews.
Justin was born in Brockton, Massachusetts on February 25, 1958. He was one of 6 children born to Daniel Ansley Locke and Patricia Anne (Keefe) Locke. He told many stories of his antics growing up on Sheehan Street in Stoughton, Massachusetts where he enjoyed playing with his neighborhood friends, reading encyclopedias, or pretending to be a frontiersman in his backyard.

By high school, Justin was a standout football player in the Hockomock League. He was proud to have been a part of the 1975 championship team his senior year. Justin was known for many big plays as a defensive tackle. One of these plays was illustrated by the Brockton Daily Enterprise on October 14, 1975, "...in that closing period Locke made a crushing sack of quarterback...a sickening thud which as Coach Cullen said, 'must have been heard in Boston. I have never seen a harder hit in high school ball in my 11 years of coaching.'" On the field, Justin earned a reputation as tough and determined, qualities that he would carry forward and use throughout his life on many occasions.

Soon after graduating from Stoughton High School in 1976, Justin went to work in the environmental cleanup industry and spent several years at Jetline Services out of Dover, NH. In 1980, Justin married Margaret Doherty of Stoughton, Massachusetts. By 1982 a career opportunity led them to move to Rochester, NH where they raised their 3 children for 20 years. Justin was a dedicated father who always ensured that his children were involved in sports and numerous extracurricular activities. When he wasn't working long hours cleaning up oil spills across the country, his evenings and weekends were often filled watching his kids practice at Roger Allen Park or barbecuing by the backyard pool. By 1990, he partnered in a business in Dover, NH called Environmental Rental and eventually worked for G.A. Climo and Sons in Stoughton, Massachusetts. It was working in these industries that he developed life-long friends that he always spoke of fondly.

In 2005, his fighting spirit prevailed as he battled back from several life-threatening illnesses which led him to retire from project management. After retiring, Justin spent his time chasing hurricanes and traveling around the United States. In the last years of his life Justin spent time in Boise, Idaho with his son Jacob. It was here he found the adventure he sought as a boy and tried his hand at mining for gold, becoming a member of the Idaho Gold Prospectors Association. Not only was Justin an adventurer but he was also a lover of politics and history, and often remarked that "he had a memory like an elephant." A statement his children can attest to. For Justin, every Sunday was set aside for watching football, especially the New England Patriots. He was an animated storyteller and could have you on the floor laughing in minutes. His sense of humor, quick temper, and unique mannerisms will no doubt be remembered by all who crossed his path.

Due to the coronavirus pandemic, a celebration of Justin's life will occur at a later date. Donations can be made in Justin's name to the American Diabetes Association, P.O. Box 7023, Merrifield, VA 22116-7023.
To order memorial trees or send flowers to the family in memory of Justin C. Locke, please visit our flower store.
Send a Sympathy Card