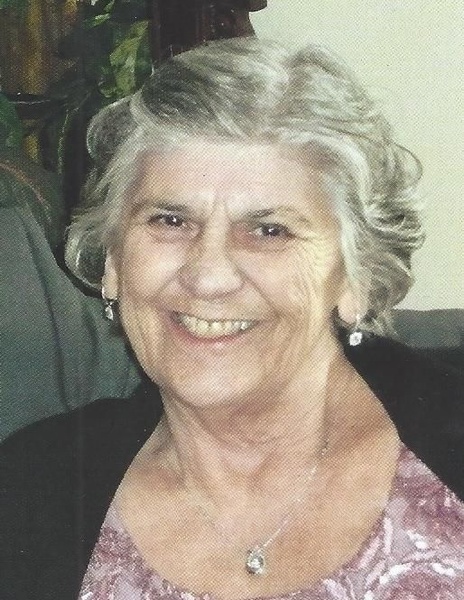 Marcia J. (Favalora) Gusciora, 64, a longtime resident of Stoughton, died peacefully at home on Saturday, March 2, 2019 surrounded by her family and loved ones after a long battle with cancer. She was the wife of Edward A. Gusciora. Daughter of Lois (Reid) Kleindienst of Essex and her late husband Robert and the late James A. Favalora, she was born and raised in Gloucester and graduated from Gloucester High School, Class of 1972. She also earned her Associate Degree at Massasoit Community College in Brockton. Marcia was a designer at Marienbad in Boston for 15 years before working at Ikea in Stoughton for 6 years until her retirement 4 years ago. She enjoyed knitting and made numerous blankets for her grandchildren, family and friends. She also loved going to the beach. Marcia had a contagious laugh that spread almost everywhere she went.

In addition to her husband, Marcia is survived by her children, John G. Hartney, III and his wife Renee and Rebecca J. Lally and her husband Shawn all of Stoughton. She was the grandmother of Ashley Faria and her husband Frank, Mackenzie Lally, Grace Lally and Sophia Lally. She was the sister of Pamela Normand and Karen Burbine both of Gloucester and the late James Favalora. She is also survived by many nieces and nephews and her beloved cat, Honey.

Funeral Prayers will be offered from the Farley Funeral Home, 358 Park St. (Rte. 27), Stoughton on Thursday, March 7 at 7 PM. Visiting Hours prior from 4-7 PM. Interment will be private. In lieu of flowers, donations in Marcia's memory may be made to St. Jude Children's Research Hospital, 501 St. Jude Place, Memphis, TN 38105.
To order memorial trees or send flowers to the family in memory of Marcia J. (Favalora) Gusciora, please visit our flower store.