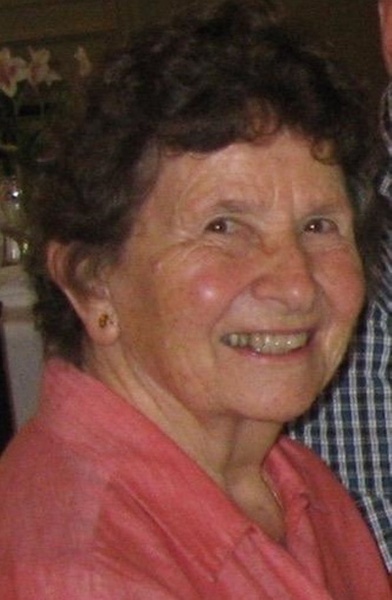 Margaret A. "Peggy" (Sheehan) Cronin, 89, died Tuesday, February 18, 2020, at the Seasons Hospice in Milton. She was the wife of the late Joseph L. Cronin. Born in Boston, she was raised in Savin Hill and was a graduate of Cathedral High School, Class of 1948. Mrs. Cronin was a resident of Stoughton since 1959. She worked at Boston Edison for several years before raising her family, and later worked for the Massachusetts Hospital School in Canton for many years, retiring in 1995. Mrs. Cronin was a longtime member and dedicated communicant of the Chapel of Our Savior in Brockton. She was a skilled gardener and had an amazing green thumb to rescue any failing plant. Peggy was a longtime volunteer at the Good Samaritan Medical Center in Brockton. She enjoyed traveling and had fond memories of her trips to Ireland, Scotland and a service trip to Peru where, despite not knowing the language, touched the lives of many of the villagers with her smile and gentle ways.

Peggy was the mother of Jeannie M. Silvester of CT and the late Joseph T. Cronin and Mary T. Spaulding. She was the grandmother of Susan Donovan, Jennifer L. Nottage, Michael Andrews, Allyson Pelley, William Spaulding, Joseph P. Cronin and William Silvester. She was the great grandmother of Elijah Lewis and Adrian Nottage. Peggy was the sister of Gerard Sheehan of Scituate, Ann M. Canavan of Burlington, John F. Sheehan of Southampton and the late Mary Deibel, Elizabeth Bell and T. Joseph Sheehan. She is also survived by several nieces and nephews.

Donations in Peggy's name may be made to a charity near and dear to her heart, Catholic Charities, by visiting: https://www.ccab.org/give
To order memorial trees or send flowers to the family in memory of Margaret A. Peggy (Sheehan) Cronin, please visit our flower store.