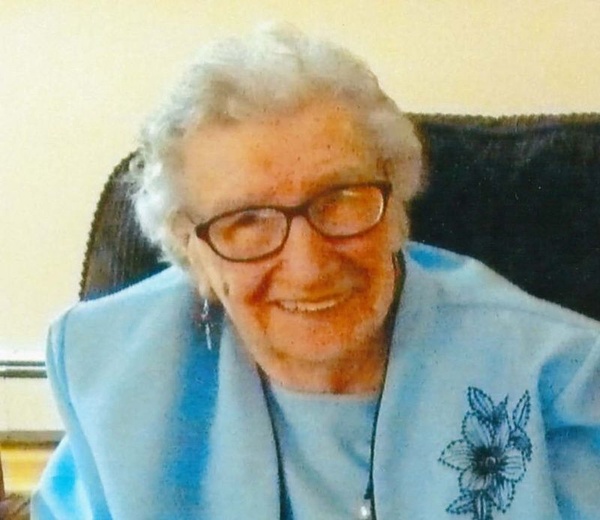 Margaret E. (Christman) Green, 97, died Wednesday, February 3, 2021 at the Copley at Stoughton Nursing and Rehabilitation Center in Stoughton. She was the wife of the late William W. Green. Born, raised , and educated in Stoughton, she was a lifelong resident of Stoughton and loved living in the house where she was born. Mrs. Green worked at the Brockton Public Market in the Meat Department in Stoughton for several years, retiring many years ago. She was an active longtime member of the First United Methodist Church in Stoughton and enjoyed her weekly craft classes at the church and planning for the Annual Church Fair. In her free time, she enjoyed knitting, tending to her house and yard, and especially spending time with her very special friends and neighbors, Peggy and Dave Buresh.

Mrs. Green was the mother of the late William E. Green and Richard A. Green and his surviving wife Diane Green of CA and Walter P. Green and his wife the late Wendy Uslan of Newport, RI. She was the sister of Esther Madan, a longtime resident of Stoughton and the late Henry and Jacob Christman and Elizabeth Doty. She was the grandmother of Stephanie Kaiser, Dana Green, Kate Robinson, Zoey Green, Margaret Alexander, and Melissa Green. She is also survived by 10 great grandchildren and several nieces and nephews.

Due to Covid 19 restrictions, funeral services will be private.
To order memorial trees or send flowers to the family in memory of Margaret E. (Christman) Green, please visit our flower store.