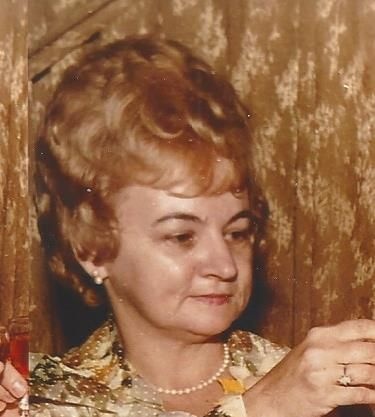 Margaret A. (Diggin) Hopkins, 86, died Saturday, April 20, 2019, at the St. Elizabeth's Medical Center in Brighton, surrounded by her beloved family after a long period of declining health. She was the wife of the late Walter S. Hopkins. Born in Boston, she was raised in Dorchester and was a graduate of Boston Schools. Mrs. Hopkins was a resident of Stoughton for over 59 years. She worked as a Secretary and Business Manager for the AFL-CIO in Boston for over 25 years. After her retirement, she worked at the Goddard Hospital Admitting Office for 5 years. Margaret was proud of her Irish heritage and being a daughter of two Irish Immigrants. In her free time, she enjoyed reading, playing bingo, spending time at the ocean and spending time with her family.

Mrs. Hopkins was the mother of Robert W. Hopkins, Sr. and his wife Leah and Donna M. Hopkins all of Stoughton and the late Stephen E. Hopkins. She was the Mother in Law of Cookie Hopkins of Scituate. She was the grandmother of Robert W. Hopkins, Jr., Danielle, Nicole, Michelle and Jordan Hopkins. She was the great grandmother of Brenden, Hailee, Brenna and Kendall. Mrs. Hopkins was the sister of the late Jeremiah Diggin, John Diggin, Edward Diggin, Frances Plunkett, Mary Nugent and Anna Shaughnessey and the sister in law of Marjorie Fitzgerald. She is also survived by several nieces and nephews.

Funeral Prayers will be offered in the Farley Funeral Home, 358 Park St. (Rt. 27) Stoughton on Friday, April 26. 2019, at 11AM. Visiting Hours prior to the Prayers from 9-11 AM. Interment will take place at Evergreen Cemetery, Stoughton. Donations in Margaret's memory may be made to the Joslin Diabetes Clinic, 1 Joslin Pl., Boston, 02215.
To order memorial trees or send flowers to the family in memory of Margaret A. (Diggin) Hopkins, please visit our flower store.