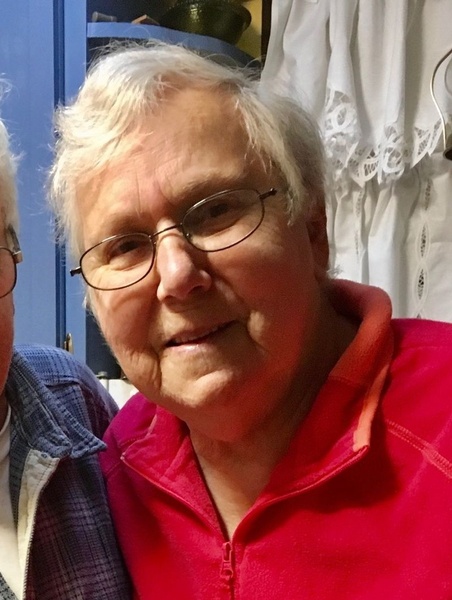 Margaret M. "Peggy" (Bresnahan) Karavetsos, 86, died Tuesday Morning, April 13, 2021, at her home in Stoughton, surrounded by her beloved family, after a long period of failing health. Born in Boston, daughter of Corneilius and Mary Bresnahan, she was raised and educated in Roxbury and was a graduate of Boston Schools. In 1956, she married John A. Karavetsos in Jamaica Plain, and together they shared over 64 years of marriage and raised six beloved children. In 1965, they moved their young family to Stoughton. She was a devoted wife, mother, nana and great nana. Peggy enjoyed having a cup of tea, playing cards with her family, crocheting and watching Boston sports teams. She was a longtime member of the Stoughton Nite Lites Bowling League. Above all, she loved spending time with her loving family.

In addition to her husband John, she is survived by her children: John A. Karavetsos, Jr. of Taunton, Diane M. Ford of Bridgewater, Raymond C. Karavetsos of Foxboro, Paula E. Karavetsos and her partner Denise Robinson of Attleboro, Linda C. Karavetsos of Stoughton and Andrea K. Trombley and her husband Dennis of Sterling. She was the sister of the late Buddy Bresnahan, Neil Bresnahan, Marty and Helen Bresnahan, Dorothy and Roy Chalmers, Eileen and Merrill Davis and Mary "Mame" and George Ferguson. She was the sister in law of Charles Karavetsos and his wife Joyce of Hyde Park and the late Helen and Raymond Tower and Frank Karavetsos. She is also survived by 11 grandchildren, 9 great grandchildren and many nieces and nephews.

Visiting Hours will be held in the Farley Funeral Home, 358 Park St. (Rt. 27) Stoughton on Thursday, April 15, from 4-7 PM. Masks and Social Distancing are required. Due to Covid restrictions, private family services will be held with burial at Evergreen Cemetery in Stoughton. Donations in Peggy's memory may be made to the Stoughton Visiting Nurses Association, 10 Pearl St., Stoughton, 02072.
To order memorial trees or send flowers to the family in memory of Margaret M. "Peggy" (Bresnahan) Karavetsos, please visit our flower store.