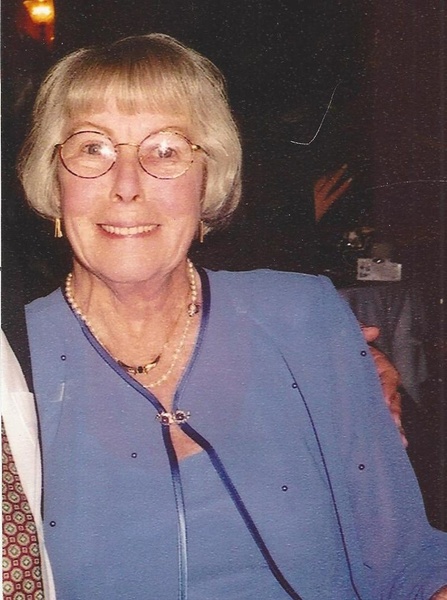 Margaret A. Sullivan, affectionately known as "Rita", a longtime resident of Canton, passed away peacefully on Saturday, March 7, 2020 at the age of 94. Beloved daughter of the late Madeline and John Sullivan, she was born in Boston, raised in Hyde Park and graduated from Hyde Park High School. Rita lived in Hyde Park until her early twenties, before moving to a picturesque home located on Glen Echo Lake in Canton, which served as the summer gathering place for her extended family.

Rita spent most of her professional career working as an Executive Secretary, retiring from the Veterans Administration in 1989. She enjoyed traveling internationally, touring numerous countries and cities in Europe, including Ireland, Scotland, London, Rome, Vienna, Paris, Madrid, as well as destinations in South America. Later in life, Rita was content to spend her days reading, playing Solitaire and watching TV to stay abreast of current political discourse and the weather.

Rita was predeceased by her three siblings; her sister Madelyn (Andersen) Leahy of Canton and her two brothers, Jack Sullivan and his late wife Sally of Avon and Bob Sullivan and his surviving Joan who still lives in Canton. Rita was the matriarchal aunt and benevolent friend to many nieces and nephews: Andy and Kathy Andersen, Karen and Richard White all of Canton, Rob and Sarah Leahy of Norton, Nancy Stewart of Canton, Jane and Walter Houghton of Stoughton, Susan Doherty of Holbrook, Marian Sullivan of East Bridgewater, Lisa and Mark Wall of Plymouth and the late Jay Sullivan.

Funeral will be held from the Farley Funeral Home, 358 Park St., (Rte. 27) Stoughton on Saturday, March 14 at 9 AM followed by a Funeral Mass at St. James Church, Stoughton at 10 AM. Visiting Hours Friday from 4-7 PM. Interment will take place at St. Mary's Cemetery, Canton. Donations in Rita's memory may be made to the Alzheimer's Assn., 309 Waverley Oaks Rd., Waltham, MA 02452.
To order memorial trees or send flowers to the family in memory of Margaret A. Sullivan, please visit our flower store.