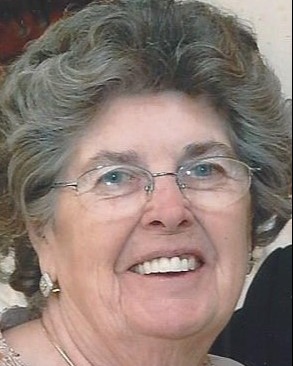 Rosa V. (Verdadeiro) Couto, 87, a longtime resident of Easton, died unexpectedly in Naples, FL on Wednesday, December 28, 2022.  She was the wife of the late Jose I. Couto. Daughter of the late Manuel and Angelina (Pacheco) Verdadeiro, she was born and raised in São Miguel, Azores, Portugal. Rosa resided in Easton since 1995. She was a homemaker. She enjoyed crocheting and her flower garden but her greatest joy was spending time with her family.

Rosa is survived by her children, Jose M. Couto and his wife Maria Ines of Easton and Maria L. Zsambok and her husband William of Naples, FL as well as her grandchildren, Lisa Niles, Nicole Attia, Thomas Couto and Rick Couto. She was the great-grandmother of Juliette, Caroline and Jack Niles, Chloe, Alec and Luke Attia and Joe Couto. She was the sister of Antonio Verdadeiro of São Paulo, Brazil and the late Angelo Verdadeiro and is also survived by several nieces and nephews.

Funeral will be held from the Farley Funeral Home, 358 Park St. (Rt. 27) Stoughton on Thursday, January 5th at 9:30 AM followed by a Funeral Mass at Immaculate Conception Church, Stoughton at 10:30AM.  Visiting Hours Wednesday, January 4th from 4-7PM. Interment will take place at Holy Sepulchre Cemetery, Stoughton. In lieu of flowers, donations in Rosa‘s memory may be made to the hospice of your choice.

To order memorial trees or send flowers to the family in memory of Rosa V. (Verdadeiro) Couto, please visit our flower store.