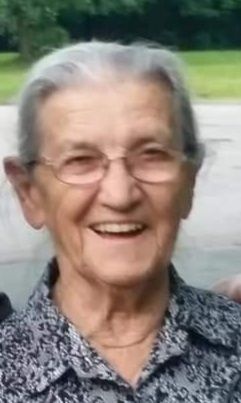 Maria E. (Brazao) DeSousa, 91, a longtime resident of Stoughton, died peacefully at Good Samaritan Medical Center in Brockton on Saturday, March 2, 2019. She was the wife of the late Americo A. DeSousa. Daughter of the late Alberto C. and Maria J. (Ferreira) Brazao, she was born and raised in Madeira, Portugal. Maria was a resident of Stoughton since 1969. She was a homemaker. Maria was a longtime communicant of Immaculate Conception Church in Stoughton. She enjoyed cooking and gardening but her greatest joy was spending time with her family.

Funeral will be held from the Farley Funeral Home, 358 Park St. (Rte. 27), Stoughton on Friday, March 8 at 9 AM followed by a Funeral Mass at Immaculate Conception Church, Stoughton at 10 AM. Visiting Hours Thursday from 4-7 PM. Interment will take place at Holy Sepulchre Cemetery, Stoughton.
To order memorial trees or send flowers to the family in memory of Maria E. (Brazao) DeSousa, please visit our flower store.