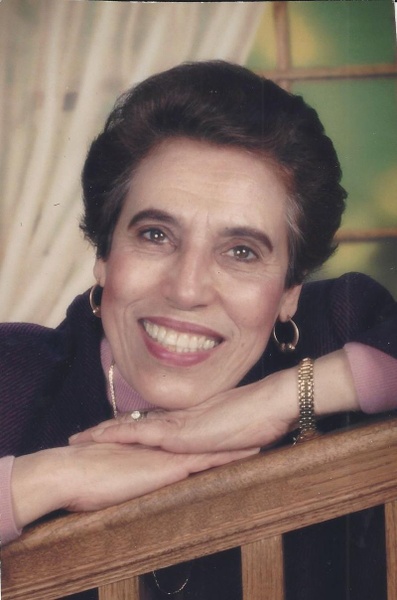 Maria Gomes (Sousa) Mullaly, 85, a resident of Stoughton, formerly of Mansfield, died peacefully at Good Samaritan Medical Center in Brockton on Thursday, December 19, 2019. She was the wife of the late Richard H. Mullaly and Victor J. Gomes, Sr. Daughter of the late Joao B. and Julia (Reis) Sousa, she was born and raised in Cape Verde before coming to the U.S. at age 19. Maria earned her Bachelor's Degree from Boston State College and her Master's Degree in Education from Bridgewater State College. She was a resident of Mansfield for 26 years before moving to Stoughton 3 years ago. Maria was a bilingual teacher for Boston Public Schools for many years before retiring in 2001. She was a member of both the Massachusetts and Boston Teachers Unions. She was a longtime parishioner of St. Mary's Church in Mansfield before moving to St. James Church in Stoughton. She enjoyed shopping, reading, sewing and working on art.

Maria is survived by her children, Christina Gomes Orr and her husband Robert Orr of Braintree, Victor J. Gomes, Jr. and his wife Isabel of Avon and John K. Gomes and his wife Juliette of Easton, as well as her grandchildren, Christopher, Holly and Joseph Orr and Gregory, Gianna, John and Lia Gomes and her great-granddaughter, Ariella Orr. She was the sister of Ana Costa of Whitman, Eugenia Avis of California and Manuela Costa of Stoughton and is also survived by many nieces and nephews.

Funeral will be held from the Farley Funeral Home, 358 Park St., (Rte. 27) Stoughton on Friday, December 27 at 9 AM followed by a Funeral Mass at St. James Church, Stoughton at 10 AM. Visiting Hours Thursday from 5-8 PM. Interment will take place at Holy Sepulchre Cemetery, Stoughton. Donations in Maria's memory may be made to the Alzheimer's Association, 309 Waverly Oaks Rd., Waltham, MA 02452.
To order memorial trees or send flowers to the family in memory of Maria Gomes (Sousa) Mullaly, please visit our flower store.
Send a Sympathy Card